This plant will be the first of its kind in Bihar and will be entirely owned and operated by local women Self Help Group (SHG) Federations. 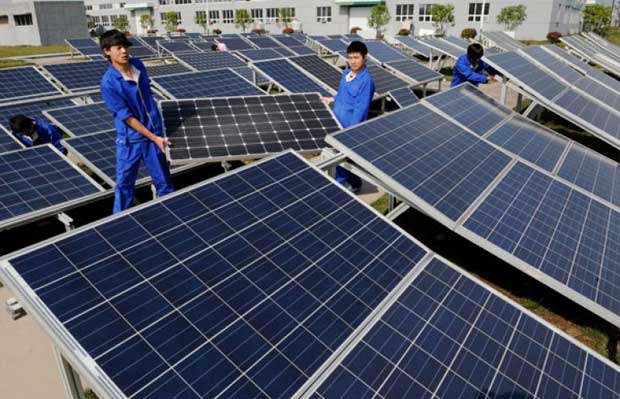 The Power and New & Renewable Energy Minister RK Singh has laid the foundation stone (remotely) for a solar photovoltaic (PV) module manufacturing plant in Sherghati block of Gaya district in Bihar on the occasion of Dr Bhimrao Ambedkar’s birth anniversary.

This plant will be the first of its kind in Bihar and will be entirely owned and operated by local women Self Help Group (SHG) Federations.

For this purpose, a Memorandum of Understanding (MoU) was signed between the Bihar Rural Livelihood Promotion Society (BRLPS) called Jeevika, IIT-Bombay, and the Cluster Level Federation of women self-help group members.

Initiating the Govt of India’s Gram Swaraj Abhiyan, the Minister flagged off the UJALA van from Arrah.

This van will travel across Bihar distributing the LED bulbs and spreading awareness about energy efficiency and energy conservation.

As part of this initiative, 16000 Indian villages with a significantly large number of low income households will be able to buy LED bulbs for a special price of Rs 50 under the Unnat Jyoti by Affordable LEDs for All (UJALA) programme.

In Bihar, 635 villages will benefit under this programme. The LED bulbs will equip homes with energy-efficient, cost-effective lighting, and higher lumen output than conventional incandescent bulbs.

The Gram Swaraj Abhiyan is launched by the Government to promote social harmony and apprise rural communities of various government welfare schemes and initiatives.

The campaign will be implemented between 14th April and 5th May, 2018 in 16000 villages across India.

The event was graced by the officials from Ministry of New and Renewable Energy, EESL, IIT Bombay, Bihar Rural Livelihoods Promotion Society – Jeevika and District Administration of Bhojpur.

Get more information by clicking here.