Plans for a floating solar project, totaling 150 MW on the Rihand reservoir (linked to Rihand Dam) have finally crossed an important milestone, with the UPERC (Uttar Pradesh Electricity Regulatory Commission) finally approving the same, although not without some mild admonitions to SECI. The order was dated July 30, 2021, and uploaded later to the UPERC site. Readers will note that even as approvals move at one regulator, one of the developers, SP group, has already filed for its withdrawal from the project and cancellation of PPA.

The project tender was first floated by SECI on September 6, 2018, followed by an extension in deadline from Sept 28 to Octo 25 in the same year. When bids received were finally opened, there were only two bidders who qualified, Renew Power, and Shapoorji Pallonji Infrastructure Capital Company Private Limited. An e-reverse auction followed on November 27, when the two came in with bids of Rs 3.30/kWh and Rs 3.29/kWh. Eventually agreeing to a common figure of Rs 3.29. However, with SP Group bidding for only one package of 50 MW, the UPERC got involved early, to approve ReNew ‘s bid for 100 MW (the remaining two packages), as the normal requirement is for a minimum of two bidders. Thus, after a petition filed in April 2019 for approving the same, a PSA (power Sales Agreement) was finally signed between UPPCL (Uttar Pradesh Power Corporation Limited) and SECI in September 2019, followed by the letter of award to the two ‘winners’.

An interesting addition here was the requirement for the developers to pay Rs 0.05/kWh power charges to UPJVNL as lease charges for the water body for the life of the project, and a further Rs 0.02/kWh to UPJVNL on monthly basis for the eventual cost of dismantling the project after 25 years if required.

Now the tariff adoption duly went to CERC, and over the subsequent 12 months, were able to finally determine that the project, being located in UP and all power also being sold in UP, is a fit case for tariff approval by UPERC only. Part of the delay was also due to the fact that the CERC was effectively shit down by the SC during part of this period.

The commission was unhappy with SECI for not taking its approval for the single bid situation, and ta 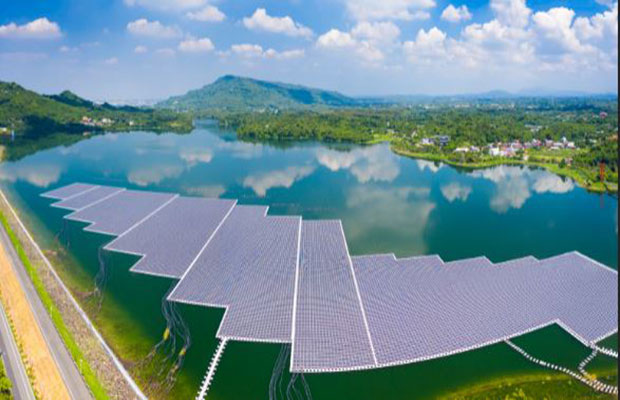 king post facto approval. Also, the change in minimum capacity bidding norms to 25 MW was not recorded along with UPERC approval, something that earned SECI yet another urging to follow norms. Eventually, the commission has approved the petition, along with SECI’s 7 paise margin. PPA, PSA, and tariff approvals done, it remains to be seen when the first unit of power from the Rihand floating solar finally flows. If done quickly enough, the project will be the largest floating solar projects at a single location in India and the world even. Though some larger projects have also entered the fray subsequently that should start coming online from 2023 onwards.