Cells developed by the university researchers not only can be used on cloths but also on walls of buildings, windows and doors, which is unlike of traditional silicon panels that are used as roof-tops installations. 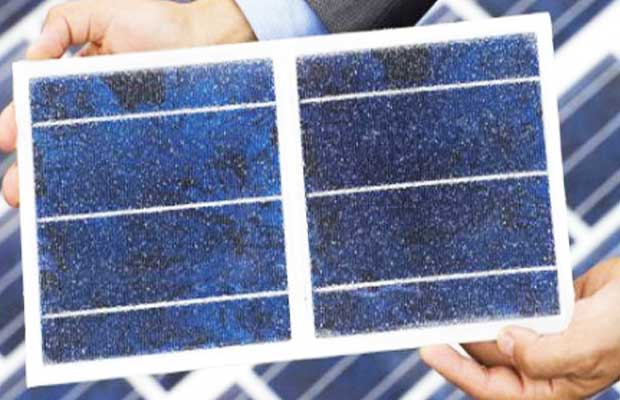 Flexible, yet durable solar cells have been developed by researchers at Sardar Patel University that can be fixed on apparels like shirts and t-shirts.

The material used for the production of cells is organic dyes which makes it cost effective as compared to conventionally used silicon based panels.

Cells developed by the university researchers not only can be used on cloths but also on walls of buildings, windows and doors, which is unlike of traditional silicon panels that are used as roof-tops installations.

Professor Saurabh Soni of SPU said, “These dye-sensitized solar cells that we have developed are so flexible that Army jawans can put them on their uniforms and charge cell phones where electricity is not available.” The group is led by Soni from SPU’s Department of Chemistry.

“Also, unlike silicon-based panels, these solar cells work efficiently even in dim sunlight, they are low-cost, easy to manufacture and have less payback time,” he added.

“Here, organic dyes are light harvester and convert sunlight into electrical energy. All the components used in these indigenous cells are easily available in the Indian market,” Soni said.

The newly developed panels cost less than silicon panels, given the fact that silica, a component used to develop silicon cells, and other raw material is imported and not internally found.

Professor Saurabh said, “The efficiency of silicon-based solar cells is 20 to 25 % but when one considers the payback time, cost, flexibility of this cells and the fact that they work even when dim sunlight, these solar cells certainly provides better results.”

“We have held preliminary talks with the Gujarat government regarding the successful outcome of this research. Government of India is giving a major push for solar energy use. We have talked with two industrialists from Charotar who have expressed interest on developing commercial use of this cells,” said SPU vice-chancellor professor Shirish Kulkarni.