We can’t achieve goal of 500 GW without clocking 40 GW every year.

New capacity addition of non-hydro renewable energy increased to 15.5 GW during FY22, according to the latest edition of the CEEW Centre for Energy Finance (CEEW-CEF) market handbook on May 6. Compared to 7.7 GW installed in the previous FY, it is quite an improvement. However, it is a poor consolation given India has the ambitious goal of installing 500 GW of non-fossil fuel by 2030 which we can not achieve without installing 40 GW per year. 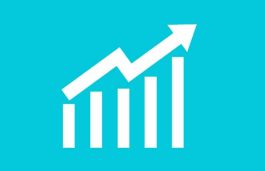 The primary reason attributed to the slack performance is the acute coal shortage in the country, the report read. With the economy reopening during FY22, the power demand soared massively mismatching a huge fall in energy supply of 1.4 GW as of March 2022, compared to just 0.5 GW at the same time last year, the report pointed out. On the other hand, there has been a 100 percent addition in renewable energy capacity. This can provide a significant degree of protection from the supply chain issues plaguing conventional power sources. However, issues like battery storage need to be addressed on a war footing. Other innovative procurement formats such as ‘Hybrid’ and ‘Round-the-Clock’ (RTC) also offer a buffer against power intermittency.

Driven by rise in installations of rooftop solar to 2.3 GW, solar energy comprised 90 percent of the total renewable capacity added during the year. Higher module costs and the imminent imposition of basic customs duty led to a rise in the lowest solar tariff discovered to Rs 2.14 per kWh in FY22 from Rs 1.99 per kWh in FY21. Overall, renewable energy formed over 89 percent of the total 17.3 GW capacities added in the power sector during FY22.