In total, this project is estimated to generate around 4.2 million units of power annually, offsetting over 3,960 tonnes of carbon emissions every year.

India’s one of the leading renewable energy IPP, ReNew Power has won the tender for developing a 3 MW floating solar PV project in Visakhapatnam, Andhra Pradesh. 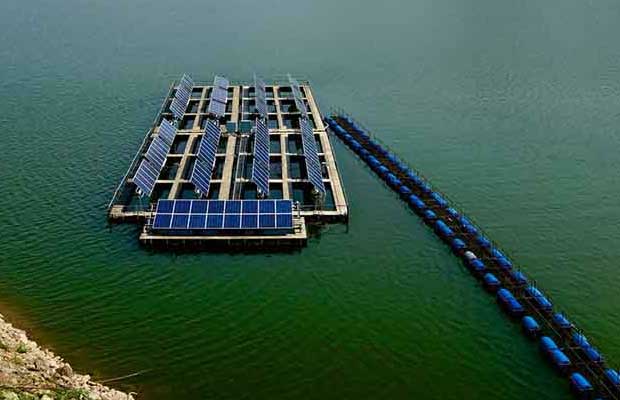 When commissioned, this project will be among the largest floating solar PV projects in India.

The company has won this project, after participating in a bidding process conducted by Greater Visakhapatnam Municipal Corporation (GVMC) for installation of a floating solar PV project at Meghadrigedda reservoir located in Visakhapatnam, Andhra Pradesh.

Moreover, this project is being financed by GVMC through a grant received from Asian Development Bank (ADB) under their Urban Climate Change Resilience Trust Fund.

In total, this project is estimated to generate around 4.2 million units of power annually, offsetting over 3,960 tonnes of carbon emissions every year.

Commenting on the project win, ReNew Power, Head – Distributed Solar & Offtake, Prabhat Kumar Mishra said, “Floating solar is an emerging technology trend with huge potential and we are proud to be associated with this project at the Meghadrigedda reservoir, Visakhapatnam. We believe floating solar power plants can play a critical role in a country like India which has abundant water bodies. Factors like higher efficiency and lower installation time have also contributed to floating solar gaining momentum of late, with SECI inviting an EoI to generate 10 GW through this channel.”

“As per industry estimates, if only 10% – 15% of India’s water resources are utilized for setting up floating solar plants, it could generate up to 300 GW of power. Our collaboration with GVMC in this initiative reflects ReNew’s commitment to deploy innovative solutions for generating clean energy to meet India’s growing needs,” he added.