ReNew Power to use Robotic Cleaning Solutions From Airtouch Solar 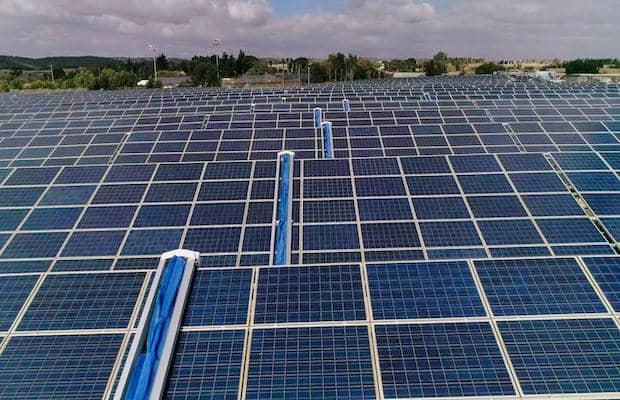 Israel-based clean solutions providers for solar systems Airtouch Solar (Airtouch) has announced that it has signed contracts for the supply of its water-free robotic cleaning systems for application on three of ReNew Power’s new solar PV plants in the state of Rajasthan in India.

The projects are expected to be commissioned by early 2022. The contracts include the supply, erection, testing, commissioning, operation and maintenance of Airtouch robotic cleaning systems for 25 years and is valued at USD 7.6 Million.

Nick Lanir Brown, CEO, Airtouch Solar said “we thank ReNew Power for choosing Airtouch Solar as the preferred system for cleaning solar panels. We trust it is the beginning of successful long-term cooperation between the companies.”

The robotic cleaning systems for ReNew’s solar plants will be supplied from Airtouch’s production plant in Israel and the company’s manufacturing plant in India that is currently being established.

Sanjay Varghese, President, Solar, ReNew Power said “the adoption of robotic waterless cleaning systems for solar panels, by ReNew Power, will not only help in conserving water but will also bring greater efficiency in the cleaning of solar panels. The new system will service ReNew’s solar plants in Rajasthan.”

The Israeli firm was recently in the news when it joined the Tel Aviv Stock Exchange. It completed an Initial Public Offering (IPO). The firm announced that it had raised USD 18 million at a company post-money valuation of USD 124 million, primarily from leading institutional investors in the Israeli capital market.

The company said that the IPO was led by Poalim IBI Underwriters, the law firm of Goldfarb Seligman and its accounting firm was BDO.

Founder and Chairman of the Board, Yanir Alloush had said at the time that “we are proud of the company’s revenues and achievements this far but believe that the market is just getting started. Robotic cleaning for the PV panels is a game-changer, bringing important advancement to the solar energy world. Airtouch will continue to develop smart and precise robotic solutions for solar developers.”