The wind farm with a proposed installed capacity of 300 MW will be GE Renewable Energy’s largest full turnkey project in India, the statement said. 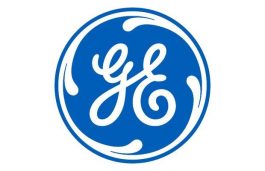 The wind farm with a proposed installed capacity of 300 MW will be GE Renewable Energy’s largest full turnkey project in India, the statement said.

The project will provide clean and reliable electricity to a consumption equivalent to 11 lakh homes, the statement read.

“ReNew Power successfully bid for this project in the third round of auctions conducted by the Solar Energy Corporation of India in February,” it said.

“The 2.5-132 turbines have been designed primarily at GE’s technology centre in Bengaluru, and built on learnings from more than 22,000 GE wind turbines around the world,” the statement added

“This turbine is a significant improvement over previous versions, with improved rotor diameter, wind capture and 30 per cent more Annual Energy Production (AEP) than GE’s 2.3-116 turbine.”

With a capacity of 1.8 GW spread across 37 different wind farms in India, GE is one of India’s larget wind turbines provider.

Mahesh Palashikar, Region Leader for GE Renewable Energy’s Onshore Wind business in Asia, said in the statement while commenting on the development, “this is an important milestone for GE in India and this relationship with ReNew will help us expand our turnkey capabilities across Asia.”

GE has also recently introduced its 2.7 MW low windspeed machine turbine, including the largest-ever rotor installed in India, which is currently being tested in Gujarat, according to the statement.