Renault has unveiled its new strategy for China, building on two of its key pillars: Electric Vehicles (EV) and Light Commercial Vehicles (LCV). 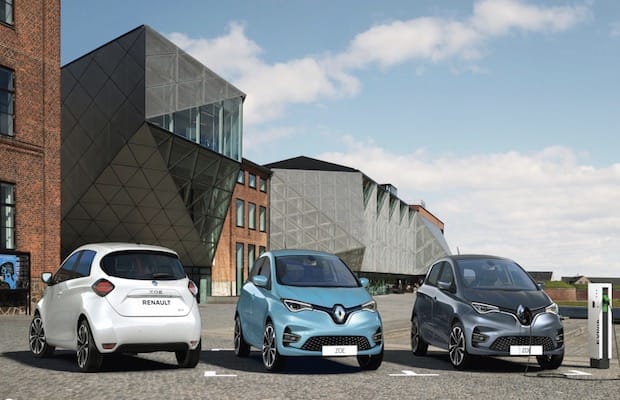 With 860,000 electric vehicles sold in China in 2019, the Asian country is by far the largest EV market in the world as EV sales are expected to reach 25 percent of the Chinese market by 2030, a market that Renault wants to establish a stronghold in with its new strategy.

Groupe Renault was a pioneer on EV and has sold close to 270,000 electric vehicles in the world since 2011. It gives a strong competitive advantage in China as shown by the successful launching of Renault City K-ZE, the first joint venture EV car competing in A segment with the best local automakers. The firm is expected to reinforce its partnership with Nissan and Dongfeng within eGT New Energy Automotive (eGT) to make K-ZE a worldwide car. A derivative for Europe based on “Dacia Spring” concept will be sold from 2021.

Jiangxi Jiangling Group Electric Vehicle (JMEV) is known as an agile and efficient EV player since its creation in 2015. With Renault support in terms of quality and technologies, JMEV will cover 45 percent of the Chinese EV market in 2022 with 4 core models.

“We are opening a new chapter in China. We will concentrate on electric vehicles and light commercial vehicles, the two main drivers for future clean mobility and more efficiently leverage our relationship with Nissan” said Francois Provost, Chairman of China region of Groupe Renault.

This new China strategy will enhance Renault competitive advantages to sustain a long-term presence in the Chinese market and maximise synergies with Nissan under the new Alliance concept of “leader-follower”, the firm announced.

Regarding Internal Combustion Engine (ICE) vehicles the group has also announced that it will transfer its shares in Dongfeng Renault Automotive Company (DRAC) to Dongfeng Motor Corporation and that DRAC will hence stop its Renault brand-related activities.