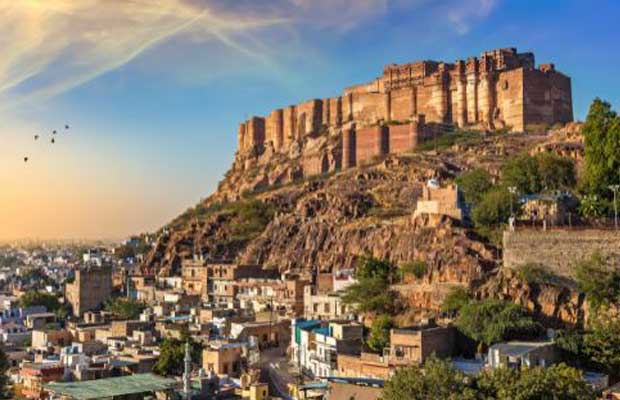 Delivering its judgement in a case filed in 2020, the Rajasthan High Court has cancelled the land allotment adding up to 1452 bighas in Jaisalmer district that was provided to AREPRL, an Adani group firm set up for these projects. The court has also directed state agencies to conduct survey of the land parcels allotted to AREPRL and Essel Surya Urja Company of Rajasthan Ld (ESUCRL) in three villages – Naden, Ugras and Nagnechinagar.

The judgement follows a petition filed by villagers in the area, who had contended that the process that was followed did not adhere to any guidelines. They claimed that not only was the grazing land declared barren in 2017 to expedite the allotment, but villagers objections were also overruled .

Giving the state government six weeks to complete the process of cancellations and proper survey, the High Court effectively put under the scanner close to 10000 MW of planned projects in the region. The order covers the allotment of the land surrounding the lands of the petitioners, other khatedar tenants and the land of public utilities. The review will ensure that their rights are not infringed on account of land allotments to Essel Surya Urja Company of Rajasthan Ltd (ESUCRL) and  Adani Renewable Energy Park Limited (AREPRL).

The court ordered that the land for approach road to the lands of khatedar tenants and the dhani of the inhabitants of the village shall be specifically set apart and entered in the revenue record for the said purpose.

The high court case itself had followed a long trail for the petitioners, when a single judge bench of the same HC approved the allotment earlier in 2018-19.

The 2021 Roadmap For Solar
Also Read

Land troubles seem to be piling up in what are considered prime lands for solar development in India now. Close to 30 GW are planned across Rajasthan and Gujarat, and cases are at the Supreme Court too, for different reasons.

It seems increasingly inevitable that the low price advantage these regions offer with their high irradiation and cheap land, will have to ceded at least partly to special cesses for compensation or for specific facilities as envisaged in the case of the great Indian bustard habitat.