The company has received this EPC project as part of an extension of 10 MW existing plant of the Kolkata based developer, as confirmed by Radite Energy spokesperson. 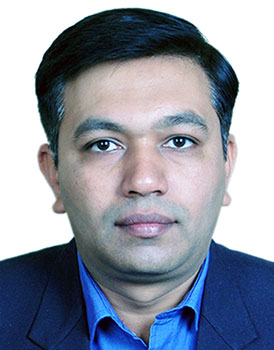 Gurgaon based Radite Energy has bagged an Engineering, Procurement and Construction (EPC) contract of 1.75 MW capacity from Atha Group.

The company has received this EPC project as part of an extension of 10 MW existing plant of the Kolkata based developer, as confirmed by Radite Energy spokesperson.

This 10 MW facility of Atha Group is situated in the state of Madhya Pradesh (MP).

As per the deal, Radite Energy is responsible for the complete development cycle of the plant from engineering to commissioning.

The company spokesperson further added that, they will complete the entire project on time i.e. within 40 days.

Recently, the company had secured 1.14 MW project in Pune from Amplus Solar. The Gurgaon based solar solutions provider was responsible for the complete design, supply, construction and commissioning of the plant which was being developed at the food processing unit of SSDPL in Baramati, Pune.

It had been provided with a time period of 30 days to complete the work on the project.

In November last year, the company had secured 65 MW project in Bhadla, Rajasthan from Azure Power. This was the fourth project which Radite Energy bagged from Azure power. It’s previous projects were in Andhra Pradesh, Gujarat and Karnataka.

It had also secured 26 MW solar project from Renew Power at Pawagada in Karnataka. The company was already doing two projects at the same location i.e. 75 MW project for Azure and 15 MW for Avada. This was one of the biggest order that the company had secured from Renew Power.

Radite Energy is a distinguishable complete turnkey solutions provider for solar energy and is one of the fastest growing company in this space. Meanwhile, the company is consistently striving to deliver excellence.