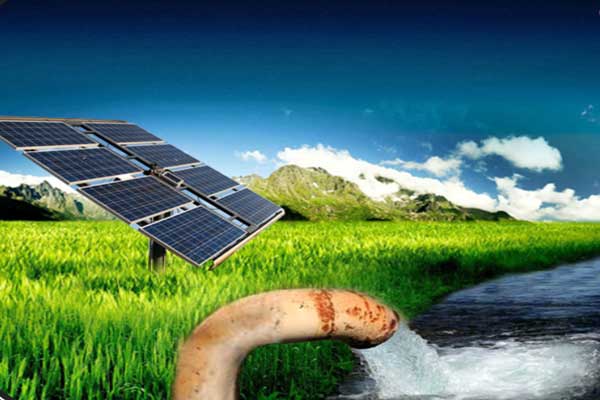 The Punjab Energy Development Agency (PEDA) during 2nd Global Re-Invest 2018 said in a statement that, across government, we are talking about what is the defining issue of our generation – Climate and our transition to a low Carbon Future. Power is one of the key infrastructures for growth of industry and economy. Under the dynamic leadership of Hon’ble Prime Minister of India, the renewable energy sector has been infused with renewed energy and vitality. Under his guidance, a renewable energy capacity target of 1,75,000 MW has been set by the Govt. of India, to be achieved by 2022. Out of this, 1,00,000 MW is to be achieved through solar capacity including 40,000 MW rooftop capacity and the balance 75000 MW is to be achieved in the non-solar category.

The State of Punjab is leading the nation in the renewable energy sector. The total installed RE capacity in the State is around 1593 MW including 920 MW in solar as on August, 2018. The hydro potential is limited to canals based small mini/hydro projects which has almost been fully harnessed. The major potential is only in the biofuel/bio-CNG and solar sector.

Punjab is primarily an agrarian economy and holds major potential for power generation from agro residues like cotton stalks, paddy (rice) straw and other biomass sources. The agriculture in the State is dominated by wheat paddy cycle producing more than 15 million tonne of rice straw. Most of the rice straw is burnt by the farmers in their fields, which is a cause of environmental pollution and soil degradation. This crop residue is now being utilized for power generation in the biomass power projects and the same is now contributing to the farmer’s income and the State economy. The State NRSE Policy envisages a potential of 1100 MW generation from biomass based projects including co-generation uptill 2022. The total installed non solar RE capacity is 673 MW as on August 2018. In addition, the state is providing slew of incentives for setting-up of NRSE projects such as:

As a regulatory body, Punjab State Electricity Regulatory Commission is fully supporting the setting up of Renewable Energy Power Projects and determining preferential tariffs as per CERC Regulations adopted by the Commission with State specific parameters. The Commission determines generic (preferential) tariff every year.

The State has taken a major initiative during the last 3 years to enhance the solar capacity in line with the policy directions of the Govt. of India. The State was having installed capacity of only 9 MW in February, 2012 which has escalated to 920 MW as on August 2018.

The solar tariffs are coming down due to fall in the prices of solar PV modules as a result of economies of scale in production capacities and large market volumes. Besides the inherent advantage of solar power being pollution free, there being no fuel, can be installed in a decentralized manner near the load centers thereby reducing the transmission losses improving the quality of power supply. Till date, the rooftop potential has not fully harnessed in the State. The State Govt. has issued the Net Metering Policy and the State Commission has also notified its Regulations on Net Metering.

The Punjab State and the State Regulatory Commission are fully geared towards harnessing the renewable potential in the State and contribute towards the national agenda of clean and green power.

Punjab is focusing on setting-up of Bio-energy projects (bio-CNG, bio-ethanol & biomass) and has taken major initiatives by signing of MOU’s with various companies such as Hindustan Petroleum, Indian Oil Corporation, Verbio, Mahindra, Neway etc. Also, we are looking for the stakeholders to set-up manufacturing industries in Punjab. The status of some of the projects is as under:-