The UN talks are aimed at creating a draft legal framework for limiting global temperature rises that can be presented to ministers and heads of state. 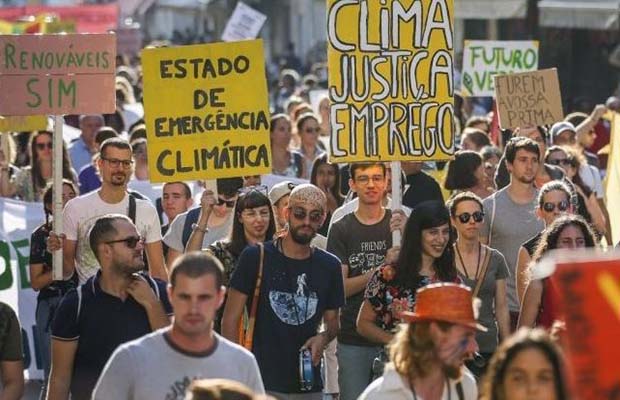 Around 1000 events were held in over 100 countries in order to protest the uncertainty on the UN Climate change talks which are expected to contain the threatening problem of global warming.

The protest titled, ‘Rise for Climate’ was organized by the global climate advocacy group ‘350’ and saw participation of thousands of people from different communities across the world.

The climate talks which were scheduled for the UN Meeting in Bangkok are believed to be stalled following hindrance coming in from the US delegates present at the meeting projecting support to US President’s decision of withdrawing from the Paris Climate Agreement.

In one of the first protests, Australia saw a tall ship move through Sydney Harbor with activists holding protests signs onboard.

Similar were the sounds in Bangkok where hundreds of Thai fishermen and laborers kicked off the protests citing the conditions degrading the marine life.

The UN climate change talks are aimed at creating a draft legal framework for limiting global temperature rises that can be presented to ministers and heads of state at a final round of discussions scheduled to be held at Karowice, in southern Poland, in December.