The companies that participated include representatives from SoftBank Group’s SB Energy and global solar giant GCL. 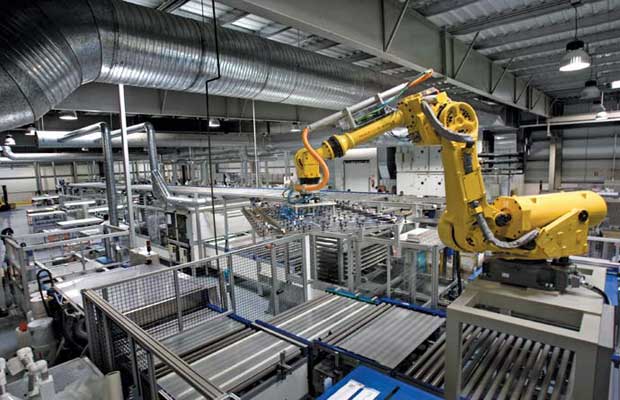 For the forthcoming 10,000 MW manufacturing-linked solar auctions, around 29 companies participated in the pre-bid meeting in Delhi. The Solar Energy Corporation of India (SECI) would be conducting these auctions across the board.

The companies that participated include representatives from SoftBank Group’s SB Energy and global solar giant GCL.

To boost solar manufacturing, the government has introduced the manufacturing-linked solar scheme, where developers would be provided with assured power purchase agreements (PPA) for double the capacity of solar module manufacturing plant they set up in the country.

Over the period of three years, as much as 5 GW of cumulative annual solar manufacturing units would be set in the country. It would result in the generation capacity of 10 GW.

A single bidder can bid for a minimum 1 GW manufacturing capacity, linked to 2 GW of solar power supply contracts. The reverse auction under the tender would be conducted in the late July, with the ceiling tariff being Rs 2.93/unit for 25 years.

Earlier, as reported by Saur Energy More than sixty prospective bidders from across the country have participated in the 2nd pre-bid meeting for Madhya Pradesh’s 28 MWp rooftop solar project.

As per the Madhya Pradesh Urja Vikas Nigam Ltd (MPUVNL) statement, over 60 prospective bidders from across the country attended the second pre-bid meeting … convened by the Madhya Pradesh government for its 28 Mega Watt peak (MWp) rooftop solar project.

Also, MPUVNL, which recently floated the tender for the project, is implementing the project under the Renewable Energy Service Company (RESCO) mode.