Poland to Meet its Renewable Energy Target With Amended Regulation

The share of RE in power capacity mix of Poland is expected to reach 39.1 percent by 2030 supported by the recently revised renewable energy sources act.

The share of renewable energy in the power capacity mix of Poland reached 16.9 percent in 2018 and is expected to reach 39.1 percent by 2030 supported by the recently revised renewable energy sources act. 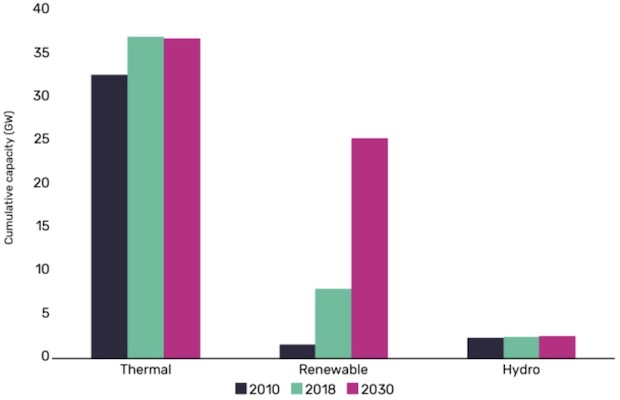 Piyali Das, Power Industry analyst at GlobalData, said that the country has a target of meeting 15 percent of its energy from renewables in gross final energy consumption by 2020.

“Recently, the country has revised its renewable energy sources act to focus on recommendations to meet the country’s renewable energy target. This amendment cleared the bottlenecks for conducting onshore wind auction of 2.5 gigawatts (GW) by the end of 2019,” she said.

The Government of Poland sees both onshore and offshore wind as highly important to meeting its goals, and the revised renewable energy act extended deadlines for interconnection agreements while also setting rules for the Guarantees of Origin (GOs) scheme. These actions will ensure more stable wind farm revenues for corporations.

“Power traders in Poland are importing cleaner and cheaper energy from neighbouring countries to meet the country’s demand. This is piling more pressure on the high-cost of coal-fired plants and paving the way for wind energy to meet the renewable energy target. Investors will find opportunities in Poland’s wind power market, as it can bring maximum penetration of the renewables with the government’s support,” Das concluded.

And we’ve recently reported that Equinor has completed the acquisition of a 50 percent interest in the offshore wind development project Bałtyk I in Poland from Polenergia. The Bałtyk I offshore location license allows for the development of a wind farm with a capacity up to 1560 MW of which Equinor will hold 50 percent.