To generate additional 176 KWP to achieve its target of 1 MW of solar energy via rooftop solar panels, the PMC is also trying to identify more civic buildings. 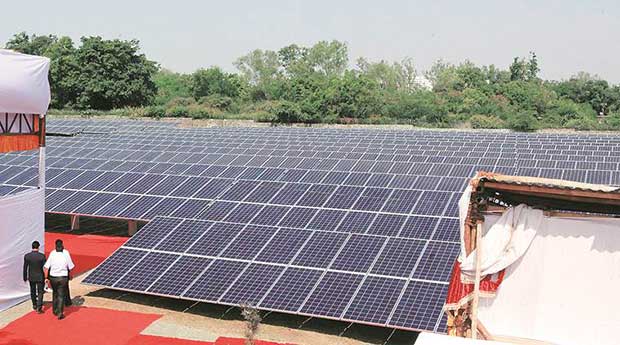 The Pune Municipal Corporation (PMC) is planning to sign an agreement with the Solar Energy Corporation of India to generate 824 KWP (Kilowatt hours at peak capacity) of solar energy on rooftops of civic buildings.

The PMC believes that this step will help it save Rs 91 lakh a year. According to the civic administration, the proposal tabled in the Standing Committee has identified 14 civic buildings, where rooftop solar panels will be installed to generate 824 KWP of renewable energy.

The Maharashtra Electricity Regulatory Commission (MERC) has given a green signal for tariff of Rs 5.63 kWh for solar power, but the Solar Energy Corporation of India has offered a lower tariff of Rs 3.62 kWh.

The proposal stated, “The PMC initiative would be a part of the Union government’s plan to increase generation of renewable energy in the country.” The PMC has set a target to generate 5 MW solar power in civic properties after achieving success in generation of 1 MW on civic buildings.

It had also decided to get satellite images of the city, to enable the PMC to identify rooftops in the city that can be used for setting up solar panels.