Japanese electronics major Panasonic Corporation and US electric vehicle (EV) manufacturer Tesla are looking to scrap their partnership for producing solar cells at production facility in New York (NY), as per the media reports. 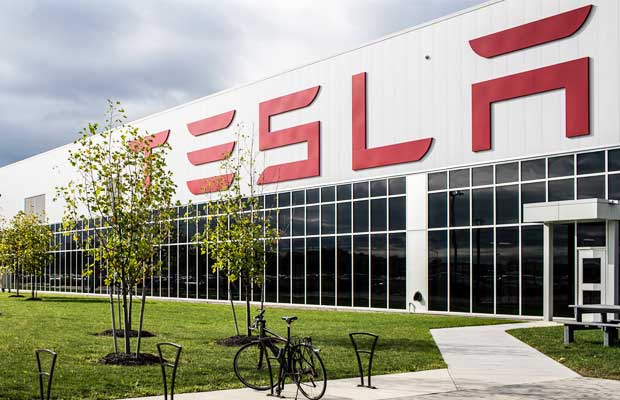 As per the Nikkei report, the two companies were struggling to scale up their production at Tesla’s Gigafactory 2 in Buffalo, NY.

However, the electronics giant and US EV maker will continue working together on automotive batteries for Tesla EV’s.

Earlier in 2016, the two firms had announced their partnership for producing solar cells.

Further, Panasonic shouldered costs for part of the equipment at the Gigafactory 2, which began producing core components for solar panels in 2017. Panasonic-made solar cells were also supposed to be used for Tesla’s solar panels, the report added.

However, Panasonic-made solar cells are believed to have failed to achieve this look while also maintaining the efficiency and cost sought by Tesla, the reports further said.

Meanwhile, Panasonic has been selling its solar cells produced at the Gigafactory to overseas clients, after insufficient demand from Tesla for its trademark – Solar Roof cells.

After agreeing on that the solar cell production is unlikely to surge, the two companies wouldn’t find a need to continue the production, the report added.

Now, Tesla is expected to unveil a new plan for its Gigafactory 2 during its investors meet in April. On the other hand, Panasonic likely to cut costs by shutting down underutilized production facilities.