The 20 megawatt (MW) battery, located in Liverpool, consists of three battery containers, as well as the associated power conversion system. 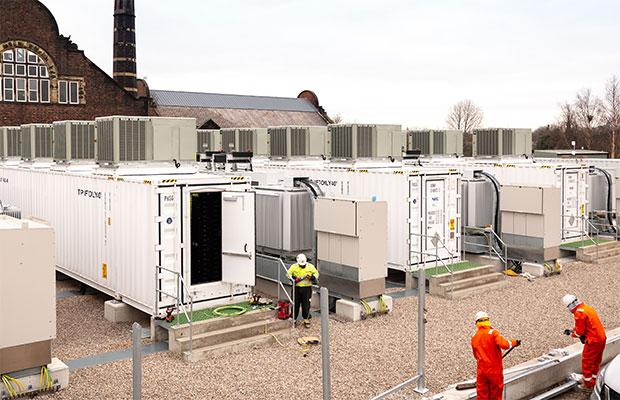 The 20 megawatt (MW) battery, located in Liverpool, consists of three battery containers, as well as the associated power conversion system, all supplied by NEC.

Matthew Wright, UK Managing Director at Ørsted, said: “Climate change is a real and pressing threat to our planet and, in order to minimise its effects, we urgently need to decarbonise our electricity system. The good news is, we’re on the right path, especially in the UK, where we lead the world in deploying renewable technologies, such as offshore wind.

“Batteries, and other innovative storage technologies will form a critical part of an integrated green energy system required to ensure we keep the lights on without harming our planet.”

Due to the dynamic nature of battery storage systems, they are able to provide a highly flexible response to grid-needs and are therefore a valuable component of a modern, decarbonised energy system.

Bridgit Hartland-Johnson, part of Ørsted’s newly formed Onshore business unit and leading on developing new energy storage projects in the UK, said: “The way we generate electricity is changing as we add more low carbon sources from wind and solar to the grid.

He further stated that, “The combination of storage and renewable energy means we can now deliver infrastructure that enhances grid operations and ultimately delivers much better value for us as consumers.”

Tags: Battery, International, Orsted, storage
"Want to be featured here or have news to share? Write to info[at]saurenergy.com