Organic Solar Cells have a Role to Play in Renewable Energy

The organic solar cell can store much larger quantities of solar energy than other solar technologies due to its high optical absorption coefficients. 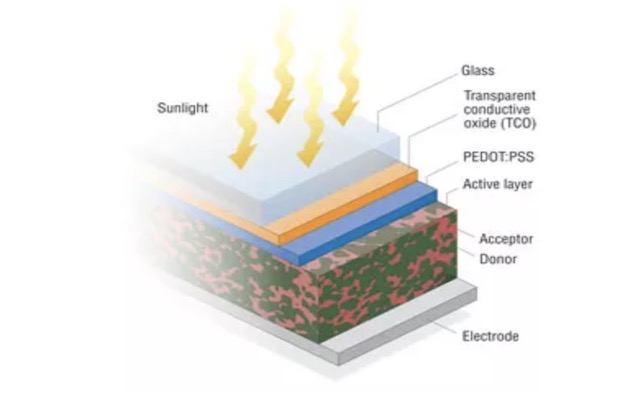 One growing area of research is the organic solar cells (photovoltaic), a solar cell technology. It has several promising advantages, including its lightweight, large surface area, low cost, and robustness.

The organic solar cell can store much larger quantities of solar energy than other solar technologies due to its high optical absorption coefficients. This form of solar power has the potential to rapidly advance the industry, particularly through new research and development activities that will increase their sustainability.

The most glaring difference between Organic and Inorganic solar cell is in the physical properties of the semiconductors. The organic solar cell, also known as plastic solar cells, use organic materials (carbon-based) in the form of small organic molecules, dendrimers, and polymers, in order to convert solar energy into electrical energy. Additionally, they can be made 1000 times thinner than inorganic, silicon solar cells, offering significant savings on materials.

The manufacturing of organic solar system using industrial screen printing has shown the possibility of producing around 1000–100,000 sqm on a process line per day. This is impressive in comparison to the production of silicon solar cells which typically take 1 year to produce a similar surface area. On the other hand, the organic solar cell technology is still new and the estimated cost of manufacturing for purely organic solar cells at a range of $35-$105(Rs 2,500-7,500)/m2.

The main research challenge will be the creation of cells which are stable in sunlight and able to withstand large temperature variations. The survival of many organic pigments in automotive paints in the sun and the production of organic light-emitting diodes with a lifespan of over 50,000 hours are encouraging signs of the required stability. The final challenge will be to find efficient process and manufacturing solutions in order to create the solar cells at a cost of approximately $30/m2.