Scientists achieved a certified energy efficiency of 12.25 percent on an area of one square centimeter 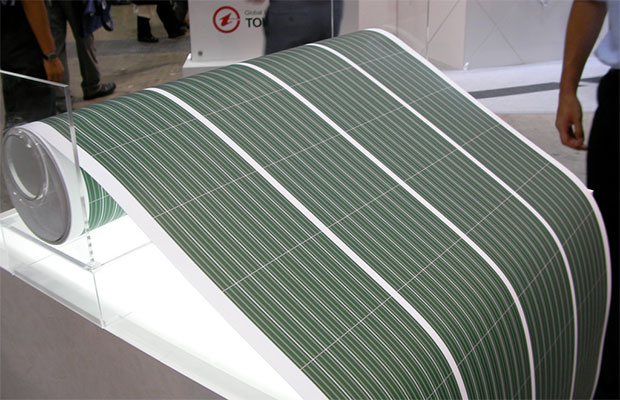 In a breakthrough development, scientists from University of Erlangen-Nuremberg (FAU) have discovered a new organic molecule that absorbs more light than the conventional silicon used in solar cells.

Teaming up with partners from the South China University of Technology (SCUT), the scientists achieved a certified energy efficiency of 12.25 percent on an area of one square centimeter.

The existing solar PV modules made up of silicon cells are produced using a great deal of energy thus shooting up the production cost. In contrast, the polymer based layers can be transferred onto a carrier film directly from a solution.

Researchers found that the new material is not just cost effective but also offers a great deal of flexibility offering a wide range of applications in urban areas.

The high degree of efficiency was achieved through optimization. The new organic material which offers great advances in performances and longevity makes it an ideal candidate for being used instead of the silicon based PV cells.

Although for testing commercial viability, the researchers had to bring the product to a standard production size which is one square centimeter from laboratory test size of a few millimeters.

Earlier, this production size development came with significant energy loss which was tackled by the researches this time and hence they achieved a record high efficiency of 12.25 percent.

This marks a new phase in organic PV module industry and will significantly reduce the cost of manufacturing these modules.

Tags: from University of Erlangen-Nuremberg, International, organic PV cell, Research, Solar Energy
"Want to be featured here or have news to share? Write to info[at]saurenergy.com