The project was a 3MW AC (3.3MW DC) solar power system located on approximately 16 acres of land in Bedford, Virginia. 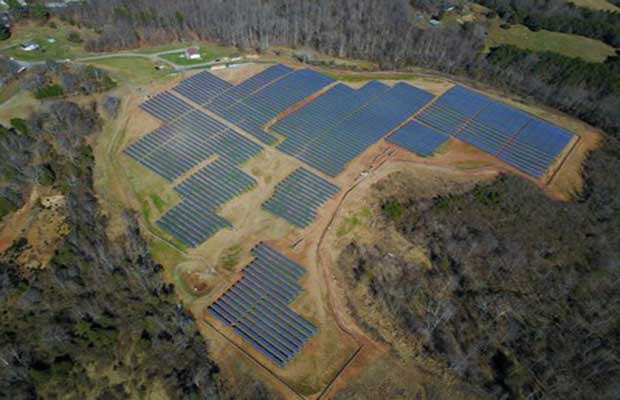 The project was a 3MW AC (3.3MW DC) solar power system located on approximately 16 acres of land in Bedford, Virginia. It was developed by O2 EMC and constructed by URE.

Further, the system is composed of 100 inverters (which convert the generated DC to AC energy), and 10,188 solar panels mounted on a single-axis tracking system that follows the sun during the day to maximize production.

The existing topography on the site is rolling up to 15 degrees and challenged both O2 EMC and URE to design the system to maximize the system size, while minimizing the need for any site grading.

Commenting on the completion of the project, URE, Executive Vice-President, Keith Herbs said, “URE is honored to have partnered with the O2 EMC team on another successful project that was constructed within the schedule and under budget, while contributing to the local economy through the use of local labor.”

“URE was a great partner on this exciting project. Their management was paramount in executing the first utility scale solar installation in Bedford, VA,” said Joel Olsen, CEO and President, O2 EMC.