Water treatment plant (WTP) that is adjacent to the lake will be the first beneficiary of the power generated from the panels. 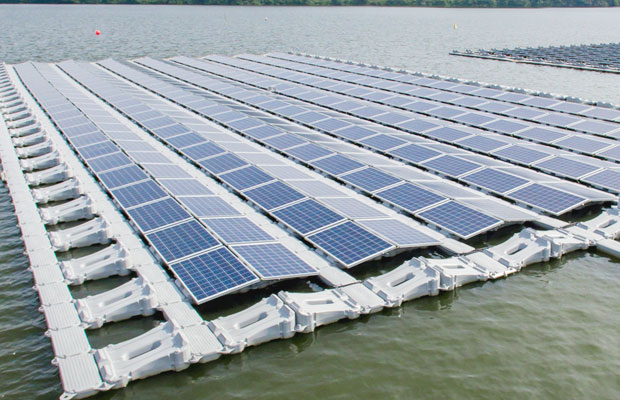 Nagpur Municipal Corporation (NMC) and Power Grid Corporation of India Limited (PGCIL) has decided to set up a floating solar power plant on Gorewada Lake to fulfill its electricity needs. This project is the first of its kind in Maharashtra.

Water treatment plant (WTP) that is adjacent to the lake will be the first beneficiary of the power generated from the panels.

The plan is to generate 3MW solar power from the project expected to cost Rs18 crore. As per NMC officials, three WTPs — Pench-I, II and III situated adjacent to Gorewada lake can run entirely on the 3MW solar power during the daytime, saving huge expenses of NMC.

An official from NMC electrical department told Power Grid will now prepare detailed project report (DPR) of the project and submit with the NMC. “Power Grid came up with a pre-feasibility report of the project. The project is feasible and beneficial for NMC. The decision on who will set up, operate and maintain the unit will be taken after submission of DPR,” he said.

“We were planning to set up panels in and around WTPs. It would have occupied huge space. We bring water from Totladoh (Pench) reservoir and put it in Gorewada lake, which is owned by NMC itself. Then, the water is pumped and treated at the three WTPs. Therefore, the project will be feasible and requires no more stress,” he said.