NITI Aayog, the policy think tank of the Government of India, has launched Version 2.0 of the India Energy Dashboards (IED).

NITI Aayog, the policy think tank of the Government of India with the aim to achieve sustainable development goals, has launched Version 2.0 of the India Energy Dashboards (IED). The IED is an endeavour to provide single-window access to the energy data for the country. 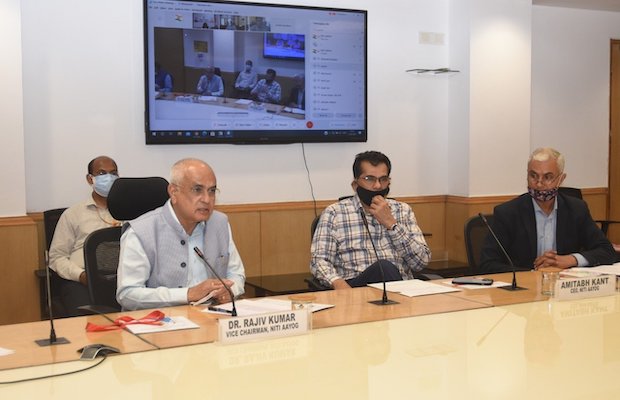 Amitabh Kant, CEO, NITI Aayog, promulgated the need for a one-stop destination for the energy data of the country. “The goal is to turn data into information, and information into insights to inspire those in a position to make a difference. We are moving slowly into an era where big data is the starting point, not the end. So, the IED will continue to evolve and be a pillar around which robust energy decisions are taken in India.”

The India Energy Dashboards (IED) is an endeavour to provide single-window access to the energy data for the country, where the energy data published/provided by Central Electricity Authority (CEA), Coal Controller’s Organisation, and Ministry of Petroleum and Natural Gas is compiled in the Dashboards. The first version of the IED was launched by NITI Aayog in 2017.

The key features of the enhanced version, India Energy Dashboards Version 2.0, are –

Dr. Rajiv Kumar, Vice Chairman, NITI Aayog, while launching the IED stated “IED is an endeavour to establish a central energy database of the country. With the rise of renewables and many other new energy technologies, the interplays between energy supply and demand sectors are now becoming increasingly critical. The scenario building exercise is the key as we need to seize today’s opportunities to build a sustainable tomorrow.”