With an aim to develop a path to a low-carbon transport system for the country, policy think tank NITI Aayog and the International Transport Forum (ITF) of OECD on Wednesday jointly launched the ‘Decarbonizing Transport in Emerging Economies’ (DTEE) project in India. 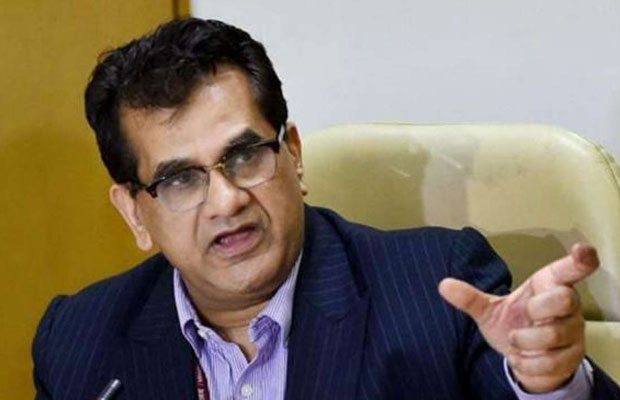 This is an ambitious 5-year project, which seeks to help India in developing a pathway towards a low-carbon transport system through the development of modelling tools and policy scenarios.

During his opening address, Young Tae Kim said that “this is a very important and promising undertaking that will provide practical support for the Indian government for making the right choices on the way to a low-CO2 transport system. Our collaboration on the “Decarbonizing Transport in India” project is also an opportunity to further strengthen the relationship between India and the ITF.”

“Decarbonization of the transport sector would create a cleaner, healthier and more affordable future for everyone. The DTEE project would help India translate its climate ambitions into actions. The modelling tool and assessment framework would provide targeted analytical assistance to identify these climate actions and help us draw policies rooted in data analysis and advanced modelling,” said Amitabh Kant, CEO, NITI Aayog.

He further added that “this project could very well define our future urban policies and could help us in designing policies, which are firmly grounded in data and are likely to be highly efficient and impactful across the entire transport ecosystem in India.”

With India’s transport CO2 emissions  likely to increase by almost 6 per cent yearly by 2030, the country is actively taking a number of measures to tackle its emissions, including newer fuel emission norms as well as the promotion of electric vehicles (EVs) in the country. NITI Aayog has been at the helm for the promotion of EVs and sustainable mobility via its ‘National Mission on Transformative Mobility and Battery Storage’.

“Our country is urbanizing very fast, which will throw up huge challenges in terms of provision of various kinds of infrastructure, especially mobility. Our strategies need to be in tune with our requirements when our population doubles,” said D.S. Mishra, Secretary, Ministry of Housing and Urban Affairs.

Meanwhile, the Decarbonizing Transport in India project will design a tailor-made transport emissions assessment framework for India. It will also provide the government with a detailed understanding of current and future transport activity and the related CO2 emissions as a basis for their decision-making.