The North India Module Manufacturer Association (NIMMA), an industry association for primarily SME solar module manufacturers in Domestic Tariff Area, made a fervent plea for a level playing field and sensible regulations at a press conference in New Delhi on Sept 4, 2019. The body counts close to 35 members, mostly in the SME sector. 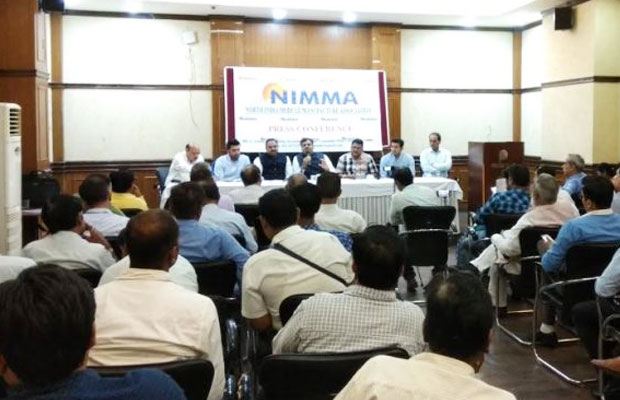 NIMMA’s contention is that despite the imposition of safeguard duty last year, actual benefits & tax incentives have been given only to SEZ Units on the raw materials, components, consumables and services on all inputs, giving them a clear advantage over SME’s in the DTA  for selling in the domestic market. This is one reason why despite being much more labour intensive and matching large manufacturers on quality, the share of SME’s in solar modules is barely 10 percent of domestic market share. Or barely 2 percent of the total national market for modules.

NIMMA office bearers contended that SEZ’s, which are meant to be export oriented, are taking advantage of government conditions on domestic outsourcing to steal an unfair march on SME manufacturers, an issue where the government, despite agreeing in principle with NIMMA’s demands in 2018, has yet to take action almost two years after it was raised.

A key area highlighted was the matter of input credits in the new GST regime. Whereas in  DTA areas, even though units were entitled to take input tax credit, SME’s end up locking working capital in GST payment for  goods required for manufacture at the time of import only, with a time lag between actual manufacture and a case for claiming it back as input credit.  SEZ based units, with no such GST obligations, steal a big advantage in capital costs.

The industry body also has a grouse with the sword of ‘inspector raj’ hanging over them in the form of the extra MNRE certification that has been mandated, besides BIS (Bureau of Indian Standards) certification on quality. Adding another layer of regulation and inspection costs, they claimed that conditions like insisting on domestic sourcing of cells too and for module testing, created a piquant situation for module only SME manufacturers as large module manufacturers tend to manufacture cells too, unlike SME’s. This places SME manufacturers at a decisive disadvantage as their certification is contingent on the same cell being used at all times, something that can be very difficult in a tight market for domestic manufactured cells.

Importantly, tenders being floated for projects by the government have started incorporating onerous turnover and earnest money deposit conditions, again a situation that seems designed to thwart the efforts of smaller manufacturers to make a dent in the sector.

Making a plea for the government to consider their demands simply from a perspective of employment generation and domestic manufacturing, the SME body concluded that they hope to see the government make a move before the next hearing for their petition filed in the High Court.

Solar modules, unlike cells, are a low technology item that has a large manufacturing base in the country. Despite that, capacity utilisation levels for SME’s range between 25 to 40 percent, killing expansion plans.  There is certainly a case for the government to consider the demands made by SME manufacturers, as the potential for employment generation as well as replacing imports and dependence on China is high here.