The 754 megawatts (MW) of solar trackers once operational, will generate enough energy to supply 1.3 million households and offset more than 780,000 tons of carbon emissions yearly. 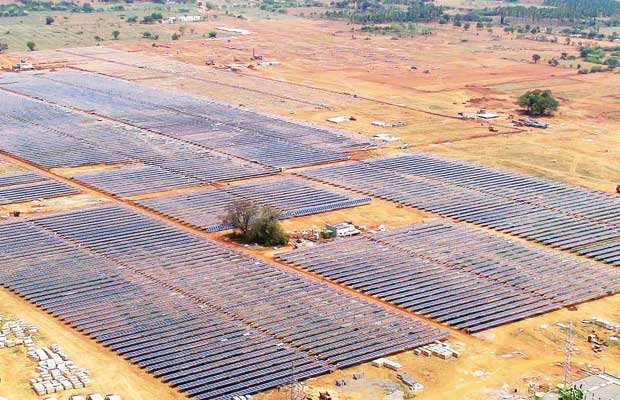 Enel Green Power selected NEXTracker to supply and install the trackers and piers. As the mounting solution provider on the project, NEXTracker, in turn, subcontracted with Swinerton Renewable Energy (SRE) to capitalize on Swinerton’s experience with projects of this magnitude.

To support the project and other new projects in Mexico and the southwestern region of the United States, NEXTracker expanded its manufacturing footprint in Mexico.

The on-time delivery of 26,000 piers and 1,624 miles of torque tubes to the Villanueva site is a testament to NEXTracker’s meticulous supply chain management and logistics planning months prior to the build. With 650 MW installed at the site to date, the NEXTracker and Swinerton team is installing at a rate of 100 MW per month.

“This announcement demonstrates NEXTracker’s ability to massively scale and innovate with our customers in new markets, of which Mexico is especially promising,” said Dan Shugar, NEXTracker CEO.

“Our installation partner, Swinerton Renewable Energy, has been instrumental in supporting array construction. Together with SRE and regional manufacturing, we have been able to accelerate the deployment of this plant. We are honored to promote the growth of the renewable energy industry in Mexico,” Shugar added.

“We’re proud to be NEXTracker’s installation partner for this landmark solar project in Mexico,” said George Hershman, President at Swinerton Renewable Energy (SRE) and SOLV Inc. “The on-time shipment and logistics of manufacturing and delivering large quantities of trackers and associated hardware by NEXTracker enabled efficient installation of over 650 MW of solar trackers to date by our SRE team.”

The Villanueva project began generating and selling electricity in December 2017, nine months ahead of schedule. This was enabled by NEXTracker’s self-powered independent row architecture that allows each individual row to be commissioned sequentially as the project progresses. Once fully operational, the plant will generate enough energy to supply 1.3 million households and offset more than 780,000 tons of carbon emissions yearly.