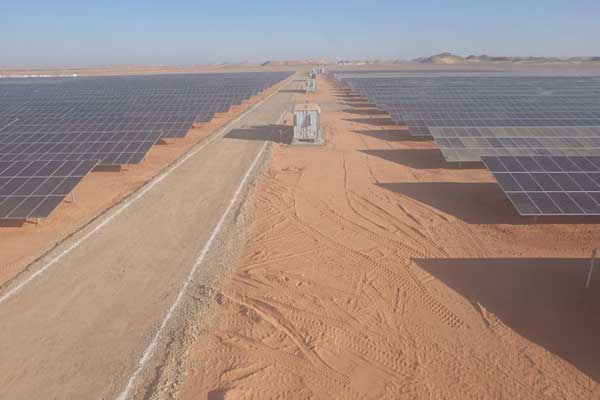 NEXTracker has announced that global solar EPC company Sterling and Wilson selected NEXTracker to supply 325 megawatts (5 blocks of 65 MW each) of its smart solar trackers to its project within the Benban solar park in Aswan, Egypt.

The Benban solar park occupies 37-square-kilometers and, when completed in 2019, will host a total capacity of more than 1.6 gigawatts (GW), making it the largest planned solar installation in the world.

“We’re thrilled that Sterling and Wilson chose NEXTracker to supply our trackers for what’s predicted to be the largest solar facility in the world,” said Dan Shugar, founder and CEO at NEXTracker.

“We’ve developed a successful partnership with Sterling and Wilson, having deployed over 400 MW of trackers for their projects in India, and are delighted to be extending that partnership to North Africa. It’s very gratifying to be a part of Egypt’s investment in the solar industry and the country’s movement towards a cleaner and brighter future.”

Serving as the backbone of small to large-scale solar power plants, the NX Horizon was designed to withstand desert environments with its completely sealed mechanical and electrical components operating at one meter above the ground.

With its signature independent rows, high-slope tolerance and rapid assembly features, construction risk is minimized and project schedules are accelerated.