This battery churns out charge even at –70° Celsius. 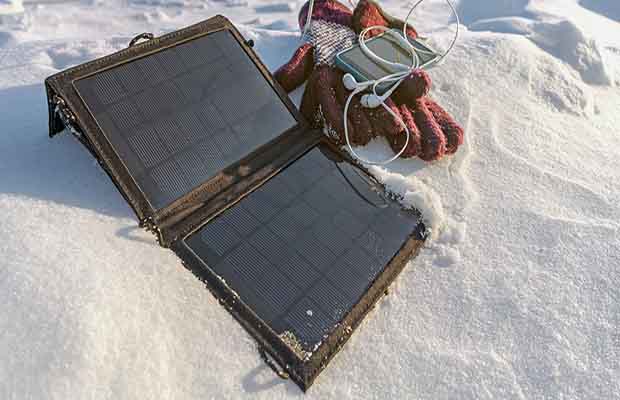 A new type of battery, containing rechargeable cells, can still work out even in the extreme cold conditions where conventional batteries don’t work.

This battery churns out charge even at –70° Celsius, a temperature where the typical lithium-ion batteries that power many of today’s cell phones, electric cars and other devices don’t work.

Such kind of batteries that withstand even in extreme frozen conditions could help build electronics that work in some of the coldest places on the earth or even it could be helpful for space rovers that cruise around other planets.

Inside lithium-ion batteries, ions flow between positive and negative electrodes, where the ions are embedded and then released to travel back via a substance called an electrolyte to the other end. As the temperature drops, the ions move sluggishly through the electrolyte. The cold also makes it harder for ions to shed the electrolyte material that gloms onto them as they cross the battery. Ions must slough off the matter to fit into the electrode material, explains study coauthor Xiaoli Dong, a battery researcher at Fudan University in Shanghai.

The conventional lithium-ion batteries remain less effective in frigid conditions such as at –40° C, these batteries deliver about 12% of the charge they do at room temperature, whereas they don’t work at all at –70° C.

Moreover, the new battery, described online February 28 in Joule, contains a special kind of electrolyte that allows ions to flow easily between electrodes even in the bitter cold.

The researchers also fitted their battery with electrodes made of organic compounds, rather than the typical transition-metal-rich materials. Ions can lodge themselves in this organic material without having to strip off the electrolyte material stuck to them. So these organic electrodes catch and release ions more easily than electrodes in normal batteries, even at low temps, Dong says.

Because the ions flow better and connect more readily with the electrodes at lower temperatures, the battery retains about 70 percent of its room-temperature charging capacity even at –70° C.

Still, battery cells in the new design pack less energy per gram than standard lithium-ion batteries, says Shirley Meng, a materials scientist at the University of California, San Diego, not involved in the work.