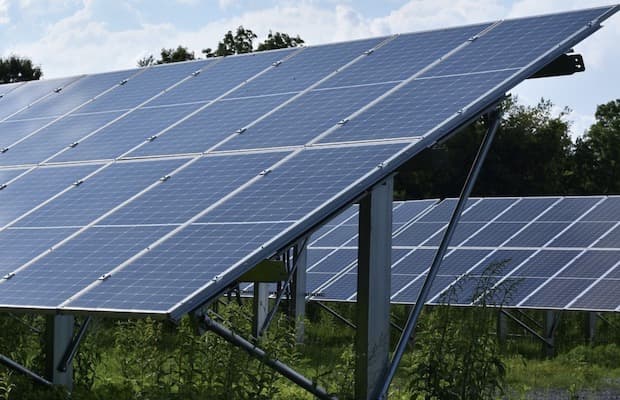 The Coalition for Community Solar Access (CCSA) recently released a comprehensive analysis revealing how new clean energy regulations would have the unintended consequence of canceling nearly 80 solar energy projects in Massachusetts at a time when COVID-19 is already causing long-lasting harm to many sectors of the local economy.

Last summer, the state Department of Energy Resources (DOER) began a review of the Solar Massachusetts Renewable Target (SMART) program. In April 2020, the Commonwealth issued “emergency” regulations that would double the overall size of the program, but also make as much as 90 percent of land in the state unavailable for ground-based solar panel arrays.

According to a survey of seven of the largest local community solar developers, the rules – which are slated to be finalised by July 15 – would effectively halt nearly 80 clean energy projects underway or planned for development. This number represents only a portion of the total projects that are in jeopardy of being halted due to the regulations.

“Millions of dollars and many years have already been invested in these clean energy projects around the state,” said Kelly Friend, a vice president at Nexamp, a clean energy developer in Boston. “Not only do these regulations effectively wipe out these investments – but as important, many jobs and significant potential tax revenue to cities and towns, which are really struggling right now.”

Each megawatt of a community solar project typically provides a number of economic benefits to the community – including USD 275,000 in tax revenue to local municipalities, USD 100,000 in local development costs, and USD 425,000 in lease revenue to landowners.

CCSA in its analysis also pointed to the potential to accelerate solar job loss. It revealed that even before the regulations were announced, solar job growth had begun to stall in the Commonwealth. Now, due to COVID-19, the state is on track to lose nearly 4,300 solar jobs through June – more than half its entire solar workforce. The new regulations would conservatively cause the loss of an additional 1,500 jobs this year, including construction and other contract workers hit hard by the pandemic. More than USD 731 million in economic investment would also be lost.

“With these rules, basically 80 percent of my company’s pipeline in the state will be cancelled overnight,” said Ilan Gutherz, a vice president at Borrego Solar, a community solar developer whose Northeast headquarters are in Lowell and which employs over 400 people. “So this really hurts us and the entire solar industry across the state.”

The counties with the most projects at risk of being cancelled include:

Plymouth County – 23 projects totaling 107 MW, including one project that will cost the host municipality USD 1.8 million in lost tax revenue over 20 years;

Worcester County – 14 projects totaling 90 MW in Worcester County, including one that will cost the host municipality USD 1 million in lost tax revenue;

CCSA and five other solar organizations submitted joint comments to DOER on June 1 detailing the harmful impacts of the regulations.