Neoen has signed a 352 MWp PPA with CleanCo Queensland in one of Australia’s most substantial renewable energy agreements to date. 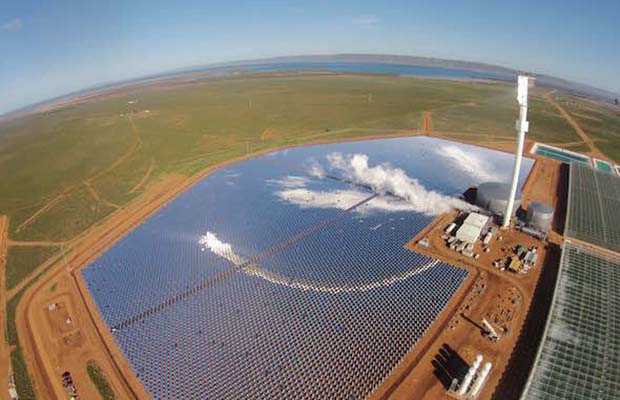 Neoen, one of the world’s leading and fastest-growing producers of exclusively renewable energy, has signed a 352 MWp power purchase agreement (PPA) with CleanCo Queensland in one of Australia’s most substantial renewable energy agreements to date. The contract will enable the firm to build Australia’s largest solar farm, the 460 to 480 MWp Western Downs Green Power Hub near Chinchilla in southeast Queensland, delivering clean energy into Powerlink Queensland’s transmission network.

This is CleanCo Queensland’s second renewable energy off-take agreement since its establishment in December 2018, and it will contribute over 30 percent of the energy required for CleanCo Queensland to meet its target of 1 GW of new renewable generation by 2025.

Louis de Sambucy, Neoen Australia’s Managing Director said “we are excited to work in partnership with CleanCo with whom we share the same long-term vision. The electricity produced by Western Downs solar farm will complement CleanCo’s hydro energy production and it will be our first project in Queensland. We are fully committed to delivering this landmark deal by making the most of the region’s excellent solar resources, the use of the latest technology and our experience in delivering solar farms on time and on budget.

“We look forward to Western Downs becoming a lighthouse project in achieving excellent regional economic and local community outcomes that will be needed in the aftermath of COVID-19’s impact on the economy. This will also help the Queensland government work towards its ambitious target of 50 percent renewable energy by 2030.”

As Queensland’s publicly owned clean energy company, CleanCo Queensland is focused on activities that help to improve electricity affordability, contribute to achieving Queensland’s 50 percent renewable energy target by 2030 and create new investment and jobs in regional Queensland. On the same trajectory, the Western Downs Green Power Hub will be a major contributor to those objectives. It will generate energy to power 235,000 Queensland homes, or enough to power every home on the Sunshine Coast.

COVID-19 Halts up to 3 GW of Wind, Solar Projects in Australia
Also Read

In November 2019, we had reported that Neoen had planned on a 50 percent expansion of its Hornsdale Power Reserve in South Australia that is supported by Tesla. The 50 MW/64.5 MWh expansion was planned to showcase the complete benefits that grid-scale batteries can provide to the National Electricity Market (NEM) and Australian consumers. In its first year of operation, the battery had saved consumers more than 50 million AUD.

“I would like to thank the South Australian Government, ARENA and the CEFC in supporting the expansion of the Hornsdale battery. The support of the South Australian Government has been central to the project, alongside its vision of making the state an exporter of renewable energy. The expansion of Hornsdale Power Reserve is demonstrating the critical and multiple roles that batteries will play in the grid of the future. I would also like to acknowledge the great support of the Australian Renewable Energy Agency to bring forward the critical innovations and regulatory changes that the network requires, and of the Clean Energy Finance Corporation for this first financing support for a battery project,” Sambucy had said at the time.