The Declaration was signed by K V Kamath, the NDB President and Upendra Tripathy, Interim Director General of ISA, in the presence of Finance Minister Arun Jaitley. 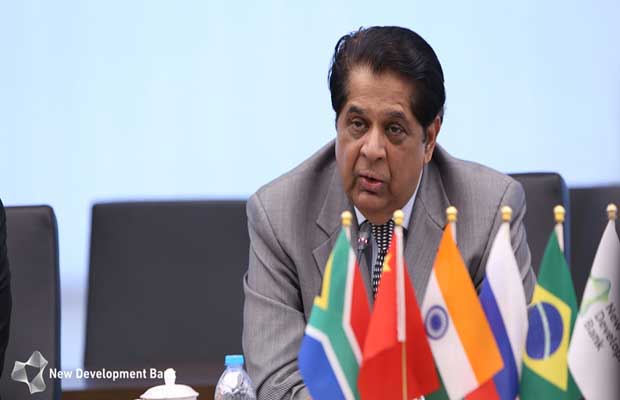 The New Development Bank (NDB), formerly known as the BRICS Development Bank, and International Solar Alliance (ISA) has tied up to promote solar energy across the globe.

The Declaration was signed by K V Kamath, the NDB President and Upendra Tripathy, Interim Director General of ISA, in the presence of Finance Minister Arun Jaitley.

The NDB, a multilateral development bank established by the BRICS states, and the ISA agreed to consider a roadmap for the mobilisation of financing to promote solar energy in countries of common interest and to explore mechanisms for supporting solar energy development.

The parties will mutually support the implementation of the NDB’s and ISA’s plans for solar energy development and deployment through technical assistance and knowledge transfer.

The NDB was established by Brazil, Russia, India, China and South Africa to mobilise resources for infrastructure and sustainable development projects in BRICS and other emerging economies and developing countries.

International Solar Alliance (ISA) is a treaty-based international inter-governmental organisation which was launched on November 30, 2015, in Paris, France, and headquarters at Gurgaon, Haryana.