The Corporation has identified factory lands spanning over 10.46 acres in Ghaziabad for the development of solar power plants. 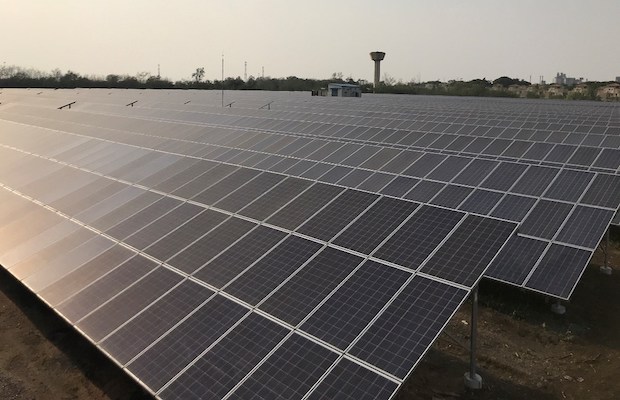 The National Bicycle Corporation of India (NBCIL), a Government of India Undertaking, with reference to SECI’s 2000 MW grid-connected solar PV projects under CPSU Scheme, Phase-II, Tranche-I has invited government producers interested in participating in the above tender to set up projects on the land available with NBCIL at its Ghaziabad office.

The Corporation has identified factory lands including other buildings spanning over 10.46 acres situated under three plots in the UPSIDC Industrial Area in Ghaziabad for the development of solar power plants.

In March, SECI had issued a Request for Selection (RfS) document for the selection of Solar Power Developers (SPD) for setting up of 2000 MW Grid-Connected Solar PV Power Projects in India (Tranche-I) under the second phase of the Central Public Sector Undertaking (CPSU) Scheme (Government Producer Scheme).

MNRE issued the CPSU Scheme Phase II for setting up 12,000 MW grid-connected Solar Photovoltaic (PV) Power Projects by the government producers with Viability Gap Funding (VGF) support for self-use or use by Government/Government entities, either directly or through Distribution Companies. The total 12,000 MW capacity is expected to be added in the 4 year period i.e from the financial year 2019-20 to 2022-23.

The projects under the latest RfS issued by SECI will be developed on a Build-Own-Operate (BOO) basis. And, the power generated from these projects shall be solely used for self-use or use by Government/Government entities, either directly or through Discoms on payment of mutually agreed usages charges of not more than Rs 3.50/kWh.

The maximum permissible limit for VGF has been kept at Rs 0.70 Crore/MW for the projects, the actual VGF to be given to a Government Producer under the RfS would be decided through bidding using VGF amount as a bid parameter to select the SPD.