The Ministry of New and Renewable Energy (MNRE) is considering to make mandatory for solar power developers to follow glass recycling procedure for solar photovoltaic (PV) panels under a new framework. 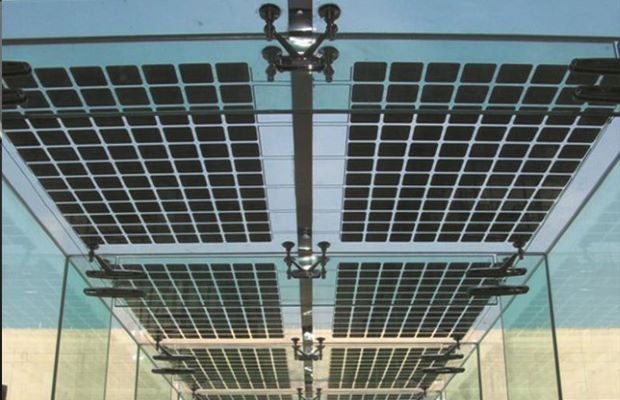 “Recycling of end of life solar panel glass containing Antimony may be made mandatory on the generators as part of environmental liability” said the Blueprint released by MNRE.

The action follows the National Green Tribunal (NGT) who on 4 January 2019 directed the MNRE to prepare a policy for the management of Antimony present in solar glass panels before August 24. Globally, Antimony Containing Solar Panel Glass (ACSPG) is used to improve the stability and longevity of the solar performance of the glass upon exposure to UV radiation and sunlight.

“Producers may be made responsible for ensuring recycling of end-of-life glass panels as part of their extended responsibility as in the case of e-waste which covers used lead-acid batteries, packaging material, etc,” the ministry said in a concept note. It also added that the power generators will have to ensure environmentally-sound handling of used solar panel waste.

The ministry has given several recommendations regarding the use of Antimony. The note mentions that generators might set up facilities for safe dismantling of used solar panels or should tie-up with an authorised dismantling facility.

The end-of-life solar panels are required to be collected and stored safely until the option for recycling is available. It should never be disposed or dumped in open landfills as it may release Antimony into the environment, MNRE said.

The petition to NGT claimed that antimony present in Solar glass are being dumped in landfill sites along the solar panels which were crushed after use. Each GW had four million modules that weighed 52,000 tonnes. The solar scheme which plans to add 100GW of solar power, would that these panels will turn into waste over the next 15-20 years. As the glass in the PV panels is reusable at the end of its life, improper disposal may result in the loss of this recyclable material.

The ministry further added that other countries like Germany have successfully developed PV recycling technology and Antimony containing glass may be recycled and reused without affecting its properties.

According to estimates, recycling process of a tonne of PV panels is likely to produce 686 kilogram (kg) of clean glass and 14 Kg of contaminated glass. The recycled glass can be used again to produce new panels with Antimony containing glass. However, in case recycling facilities are not available, the concept note stated that the industry should look at the option of disposal in secured landfills or their safe storage.

After the release of the Blueprint, the MoEF now has reportedly three weeks to prepare and announce a policy detailing manufacture, disposal, and import of solar module and glass containing antimony in the country.