The 2nd RE-INVEST is expected to be attended by Ministerial Delegations from across the world, including ISA and IORA Member Countries, over 600 global industry leaders, and 10,000 delegates. 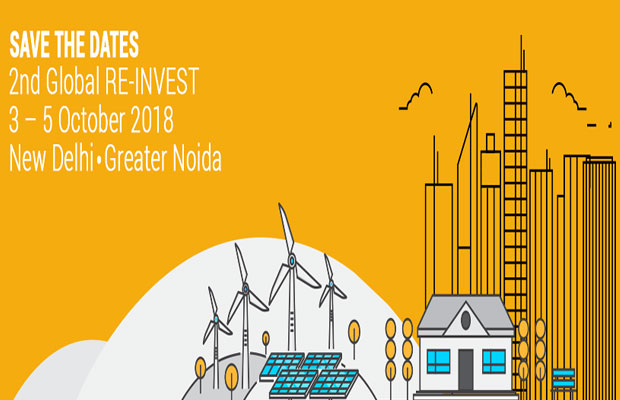 The three events will be inaugurated in a common function by Prime Minister Narendra Modi, in the presence of Antonio Guterres, Secretary General, United Nations on October 2, 2018 in Vigyan Bhavan, New Delhi.

The Business and Technical Sessions of ISA Assembly, IORA Meet and RE-INVEST 2018 Expo will be held at India Expo Mart, Greater Noida, UP.

Consequent to the Founding Conference, the first Assembly of ISA will be held from 2nd to 5th October 2018.

The first Assembly, in a way, will lay the foundation for global Solar Agenda. The Assembly, as supreme decision making body of the ISA, will steer the process to significantly harness solar energy for achieving universal energy access at affordable rates.

The Assembly will adjudicate upon various administrative, financial and programme related issues. The Ministers from ISA Treaty Framework signatory countries have been invited for the Assembly.

Till date, we have received delegation confirmation from 18 ministerial-level delegations for attending the 1st Assembly of ISA besides many partner organisations and observers. The IORA was set up with the objective of strengthening regional cooperation and sustainable development within the Indian Ocean Region with 21 Member States and 7 Dialogue Partners.

In line with the commitment made, India will be hosting 2nd IORA Renewable Energy Ministerial meet from 2nd to 4th October, 2018. In this meeting, Ministers and delegates from all 21 member-countries are expected to participate.

The 2nd RE-INVEST aims at accelerating the worldwide effort to scale up renewable energy and connect the global investment community with Indian energy stakeholders. This year 2nd RE-INVEST will include a 3-day Conference on renewables, cleantech and future energy choices, and an Expo of renewables-related manufacturers, developers, investors and innovators.

The government is expected that the 2nd RE-INVEST will provide a great opportunity to various organisations to showcase their business strategies, achievements and expectations.

It would facilitate collaboration and cooperation with key stakeholders in India, which has today emerged as one of the world’s largest renewable energy markets.

The 2nd RE-INVEST is expected to be attended by Ministerial Delegations from across the world, including ISA and IORA Member Countries, over 600 global industry leaders, and 10,000 delegates.