Home » News » MNRE Continues To Bat For Renewable Energy. Will It Be Enough?

MNRE Continues To Bat For Renewable Energy. Will It Be Enough?

Continuing with its quick moves, after every such incident, the Ministry of New and Renewable Energy has clarified again that distribution companies that do not honour their power purchase agreements will be charged for ‘deemed generation.’ In other words, if they happen to curtail power from RE producers despite the instructions to treat them as ‘must run’ plants, they will need to pay up for the RE producers loss.

However, the one escape clause provided to discoms, ie, any issue arising due to grid safety, could still cause complications. Keep in ind that these are the same discoms that wanted to charge massive grid stability charges for their commercial rooftop solar consumers, at a time when the share of rooftop solar in the state grids has not even hot 3 percent. While this move in Maharashtra was  knocked down by the state regulator, the fear remains that grid stability is too wide an issue to be allowed to be used as a reason for curtailment.

In fact, if anything, the courts and regulators are likely to be kept busy with arguments around interpreting this order, as developers say many of the older PPA’s don’t specify a deemed generation situation clearly. It is only something that has been added on to PPA agreements after the experience in Andhra Pradesh and some other states like UP, where discoms tried to wiggle out of urchase commitments  on this excuse. 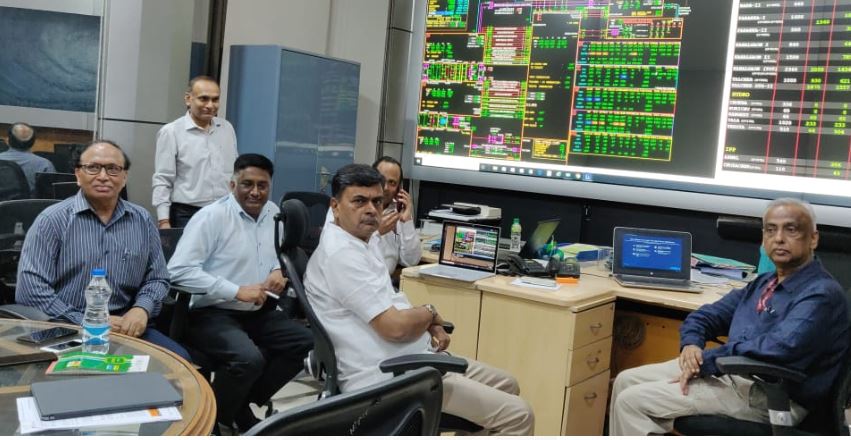 Shri. R.K. Singh With Power Team During 9 Minute Lights Out

In all this, it should be noted that the MNRE, under its Minister, R.K. Singh,  despite its limited role after generation starts, has been pulling out all tops to provide support to the industry, be it with its push to get payments released, recent clarifications that asked discoms to pay RE generators even of other payments are delayed. the must run directive, and now this deemed generation clarification.

For many solar power producers, that are cash strapped already, the big question is, will the ministry be able to improve on its enforcement? As we have seen, winning legal battles with discoms after a period of 15-24 months can frequently be a pyrrhic victory for many, as they miss out on investment opportunities, due to the money being stuck during the period of the case. With almost all courts refusing to provide delayed payment charges, margins are in any case seriously eroded for many, even after they win their cases.

All that is affecting something the MNRE is deeply concerned with, the future of solar and wind energy tenders, their bids, and pace of work.  It would be far to say that besides poor response in recent months, delays in project execution for those in the pipeline are at least partly responsible for the massive legal logjam created due to policy interpretation. An industry expert informs us that total project delays currently would be well over 12 GW of the ‘pipeline’ the MNRE cited in its monthly report for  January, with at least 4 GW of that impacted by legal issues.