The plant, 140 KW capacity, was inaugurated by Delhi Chief Minister Arvind kejriwal, can generate electricity for around 400 flats of the society. 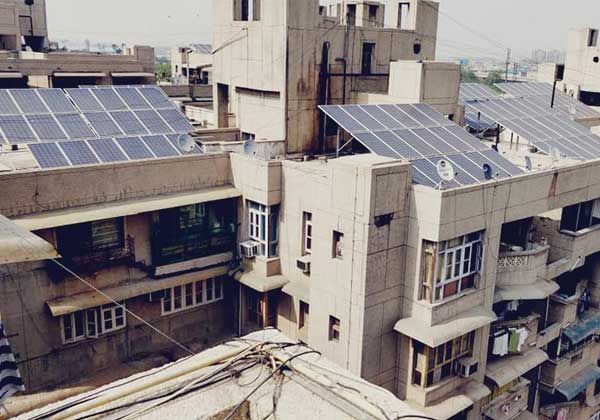 To embark on the solar bandwagon, Milan Vihar Apartments of East Delhi’s IP Extension has successfully installed its own rooftop solar power plants. The installation makes it first group housing society in the capital to have its own solar power plants.

The plant, 140 KW capacity, was inaugurated by Delhi Chief Minister Arvind kejriwal, can generate electricity for around 400 flats of the society.

Speaking on the occasion CM said “Under the agreement, the company sets up the plant and generates electricity at Rs 4.66 per unit for 25 years. The Delhi government will provide Rs 2 subsidy — which means people will pay Rs 2.66. The Central government will pay 30% of the capital cost.”

“Panels were set up under the RESCO (Renewable Energy Service Company) model, in which the cost of the installation — Rs 77 lakh in this case —is borne by a private company,” he further added

Under the agreement signed by the Delhi government, Energy Efficiency & Renewable Energy Management Centre (EEREM) and Indraprastha Power Generation Co. Ltd, for next 25 years the electricity has to be provided at the same rates to the consumers.

“The main reason why many people do not opt for solar plants is that the cost of installation is very high. The government, therefore, has initiated this scheme where people do not have to pay for installation,” said Deputy CM Manish Sisodia present at the event.

CM further added that Delhi will soon be in a position where surplus energy generated through such schemes will be sold to other parts of the country.