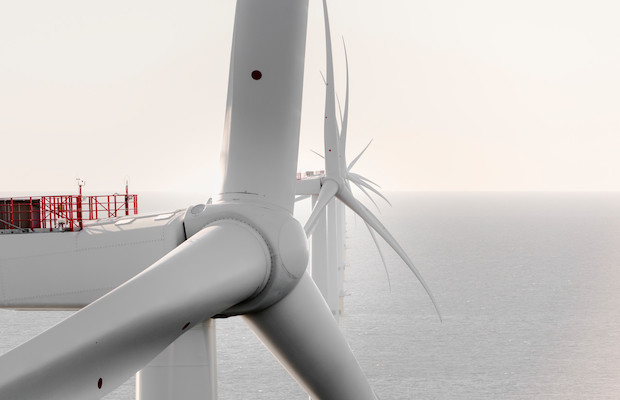 MHI Vestas has announced that Seagreen Wind Energy has finalised the turbine supply contract with the manufacturer for 114 turbines for Scotland’s largest offshore wind farm. It was in October 2019, when MHI Vestas had entered into a preferred supplier agreement with Seagreen Wind Energy Limited to supply and service up to 114 wind turbines for Scotland’s newest and largest offshore wind farm.

The Seagreen project, which will be Scotland’s single largest source of renewable energy when complete, has finalised the firm order for 114 V164-10 MW turbines from MHI Vestas, to be installed off the coast of Fife in 2021. Seagreen will be built out to 1,075 MW capacity. The contract will see MHI Vestas manufacture and install turbines at the 1,140MW Seagreen site, its fourth project in Scotland. MHI Vestas has also signed a service and maintenance agreement at the project for a period of 15 years.

“We are very pleased to have secured the firm order for turbine supply at Seagreen, which is the largest project under development in Scotland,” said Henrik Jensen, Chief Sales Officer at MHI Vestas. “We have been able to reach this milestone even during Covid-19, with major decisions being taken over videoconference. It is encouraging to see that, even in these challenging times, the offshore wind industry can collaborate as a pioneering force driving the world towards a green recovery.”

The Seagreen project has been under development since 2010 when it was part of the award to exclusive development rights for the Firth of Forth Zone of the UK’s Round 3 offshore wind farm development programme.

John Hill, Seagreen Project Director, said “we’re delighted to have finalised the turbine supply contract with MHI Vestas for the 114 turbines for installation at Seagreen offshore wind farm. We are looking forward to using the proven offshore turbine technology of MHI Vestas to harness the power of North Sea wind to provide new green energy for Scotland and the UK. The conclusion of this contract is yet another step towards realising the project and the construction of what will be Scotland’s largest offshore wind farm.”

Seagreen will provide around 5,000 GWh annually of clean renewable energy, supplying the energy needs of around one million homes and saving around 1.6 million tonnes of carbon dioxide emissions annually.