The group agreed to purchase 88GWh of electricity per year, about half of the energy that will be produced by the 80MW Crowlands Windfarm. 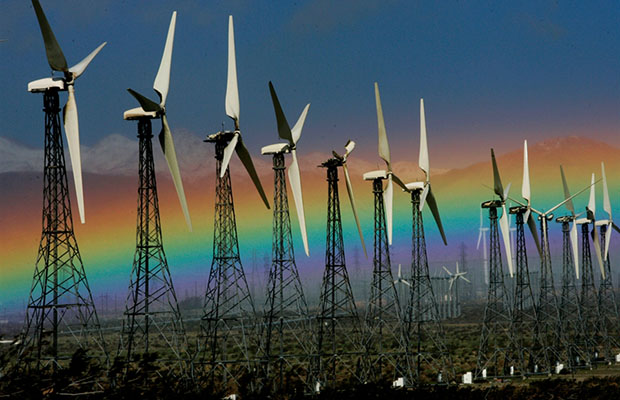 The City of Melbourne has announced that its entire council is now powered by 100 percent Renewable Energy. In doing so, the city has now become the first in Australia to have all its council infrastructure powered by green energy.

City of Melbourne Deputy Lord Mayor Arron Wood said Pacific Hydro has installed 25 of the 39 turbines required at the Crowlands Windfarm near Ararat in Western Victoria, and energy has begun flowing into the power grid.

“Making the move to 100 percent renewable energy is the ultimate New Year’s resolution. Every light on our streets, every treadmill in our gyms and every barbecue in our parks is now powered by renewable energy,” he said.

“We are immensely proud to be the first Australian capital city council powered by 100 percent renewable energy. We were also the first group in this country to implement a renewable energy power purchasing agreement. We have led the nation in responding to climate change, securing a sustainable energy supply for the future and have shown a great example of how a major city with a $92 billion economy can influence positive outcomes in our regional towns,” he added.

The Yarra, Port Phillip, and Moreland councils, as well as Australia Post, Bank Australia, the National Australia Bank, Melbourne University, Federation Square, Melbourne Convention, and Exhibition Centre and Zoos Victoria are part of the buying group and have all initiated their new energy contracts on the same day.

The group agreed to purchase 88GWh of electricity per year, about half of the energy that will be produced by the 80MW Crowlands Windfarm.

Under the agreement, 40% of the power will be purchased at a fixed price while 60% will be a market-based price that is renegotiated every two years.

Tags: green energy, International, Melbourne, Melbourne to Power its Council Buildings with 100% RE, Renewable Energy, wind energy
"Want to be featured here or have news to share? Write to info[at]saurenergy.com