The cost of solar power per unit is Rs 3.58 whereas the MSEDCL supplies it for Rs 9.67 per unit. On top of the three metro stations, the MahaMetro has started installing solar panels that will supply power to stations. 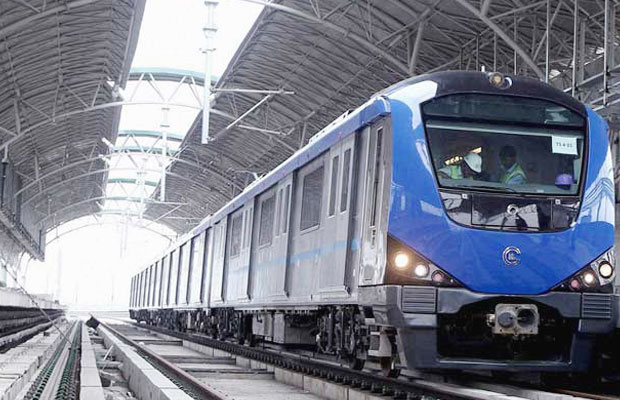 In order to save charges on its power bills, MahaMetro will supply solar power to its 42 metro stations in the city. The move will save the metro agency Rs 12 Crore per year. There is a huge gap between the prices per unit of solar power and MSEDCL supplied power.

The cost of solar power per unit is Rs 3.58 whereas the MSEDCL supplies it for Rs 9.67 per unit. On top of the three metro stations, the MahaMetro has started installing solar panels that will supply power to stations.

“We will generate more than our requirement during the day and draw MSEDCL power in the evening. We plan to install panels atop our stations and the boundary wall of at grade section. We will generate 14MW and 65% of our energy requirement will be met through solar power,” said Brijesh Dixit, managing director of MahaMetro.

“962 panels will be installed atop Airport South, Khapri, and New Airport stations. They will lead to a saving of Rs28 lakh a year,” he added.

“Panels of 68kW will be put atop Airport South station. One lakh units will be generated in a year and Rs6 lakhs will be saved. The solar capacity of New Airport station is 112kW, which will generate 1.6 lakh units and save MahaMetro Rs10 lakh a year. In Khapri station the installed capacity is 132kW, which will generate 1.9 lakh units a year and be leading to a saving of Rs12 lakh,” said the MD.

The first panel was installed atop Airport South station on Monday. The installation work in the three stations will be completed in a month. Director (project) Mahesh Kumar, director (rolling stock) Sunil Mathur and general manager (administration) Anil Kokate threw light on the project in the function.

MahaMetro had to face several hurdles for going solar. Its planned installed capacity is 14MW but under MSEDCL’s grid-connected solar rooftop policy, a consumer can generate only up to 1MW. MahaMetro filed a petition in Maharashtra Electricity Regulatory Commission (MERC) seeking exemption from this limit but did not succeed.

The Metro agency then approached Solar Energy Corporation of India (SECI) for going solar. It decided to submit separate applications to MSEDCL for each Metro station.