This network of EV charging stations of Magenta Power will initially be deployed at Hotel Center Point, Mumbai-Pune Expressway, Lonavala.

This network of EV charging stations of Magenta Power will initially be deployed at Hotel Center Point, Mumbai-Pune Expressway, Lonavala.

In the next phase the network will then be extended to Bangalore and Mysore allowing electric vehicle users to travel across this stretch in their EV without having to worry about their next charging station. 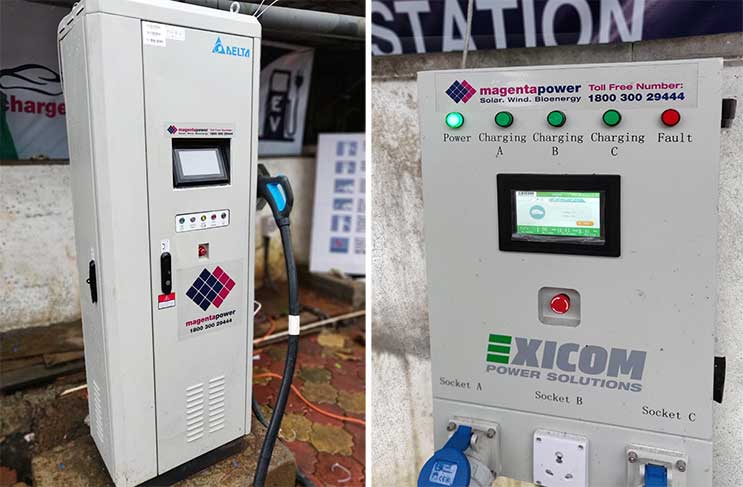 ChargeIn will be a fully integrated network of charging points including AC and DC chargers. All the ChargeIn points will be connected via network for central monitoring and control.

Commenting on the development, Magenta Power, CEO and MD, Maxson Lewis said, ChargeIn plans to encompass charging stations for 2 wheelers, 3 wheelers, 4 wheelers and bus fleets. He believes that while this network of charging stations will open up the ‘electric highways’ in India, it will also provide a unique employment opportunity for charging station owners who can man and support the stations.

Meanwhile, the company said it is in talks with potential investors to support their growth plans as it is setting up the network in the asset intensive business.