The solar power project was commissioned in June 2017 and generated electricity is being supplied for consumption in Madhya Pradesh, the sole beneficiary. 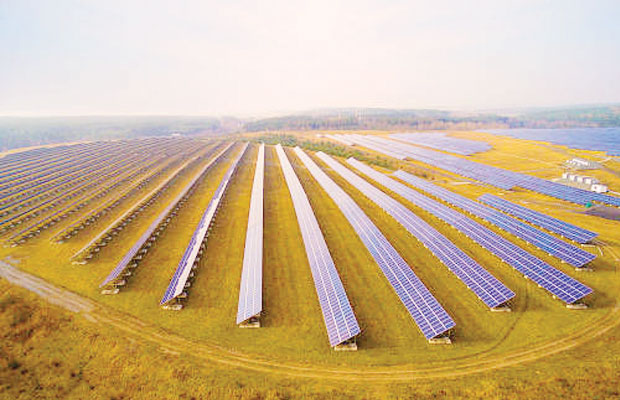 The total investment for setting up the plant runs at about Rs 1,500 Crore which is mainly on non-agricultural land and generation of electricity has been achieved without affecting the natural eco-system with zero carbon emission, an NTPC statement said.

Under the Make in India initiative, this is one of the biggest solar plant developed using domestically manufactured Solar cells and modules.

The Project has been commissioned in June 2017 and generated electricity is being supplied for consumption in Madhya Pradesh, the sole beneficiary.

At a different place, CM, inaugurating a 200-kilowatt rooftop solar energy plant installed on the building of Madhya Pradesh Board of Secondary Education (MPBSE) in the state capital, said solar energy is an effective alternative to save the environment.

He said, “Solar energy is a viable energy source not just for future but also for present times. MP has made its mark in the country in renewable energy production.” He said solar panels have been installed on government buildings for the production of solar energy. The cost of its installation could be recovered in merely three years.