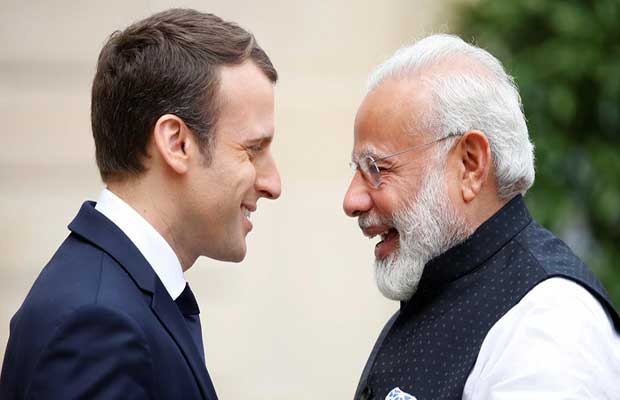 French President Emmanuel Macron is to pay a state visit to India to cochair the founding conference of the International Solar Alliance with PM Modi, in the national capital on Sunday.

A brainchild of Modi, the India-based alliance — a coalition of 56 signatories to the ISA Framework Agreement — aims at accelerating deployment of solar energy by reducing costs and making adequate funding available for its rapid deployment in solar-rich member-nations.

With the backing of nearly 121 member-countries rich in solar energy, 26 have so far ratified ISA’s Framework Agreement.

India has reached 20 GW cumulative solar capacity, achieving the milestone four years ahead of the 2022 target originally set in the National Solar Mission.

Its pipeline of utility-scale projects under development stood at approximately 10.6 GW at year-end 2017, with another 4.3 GW of tenders pending auction.

ISA aims to mobilise more than $1,000 billion in solar investments by 2030 to minimise fossil fuel dependence that help keep global temperatures from rising above two degrees Celsius by the end of the century.