The first prototype of the bus will be used to ferry PM Narendra Modi to the Indian Science Congress venue which will be held in LPU. 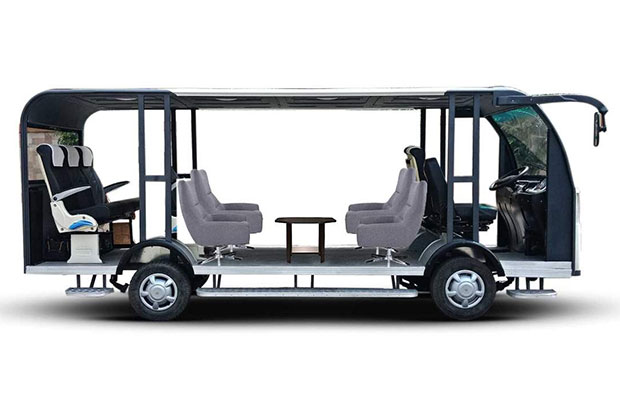 In a proud development, students from various department of Lovely Professional University (LPU) have recently designed and built a driverless car which is powered using solar energy.

The first prototype of the bus will be used to ferry PM Narendra Modi to the Indian Science Congress venue which will be held in LPU campus on January 3, 2019. The bus is set to enter commercial operation later.

The Chancellor of LPU, Ashok Mittal, “The driverless bus is another example of LPU students being at the forefront of technology. Some other interesting projects done by LPU students include Flying Farmer, a wireless sensor device, exclusively used in farming and field survey, Formula one car and Go-karts.”

After its successful commercial launch, the bus will be used in multiple places such as educational institutions, housing societies, airports and industrial complexes.

The bus has been designed keeping in mind the conditions of India roads and each bus is slated to cost around Rs 6 lakh. Since the bus runs on solar power, the cost of operating the vehicle will be fairly negligible. With a seating capacity of up to 30 people the bus can zoom at 30 KM/H.

The technology powering the driverless function of the bus is called Vehicle-to-Vehicle (V2V) communication which uses wireless signals detected through ultra-sonic & Infrared sensors.

Dr Sorabh Lakhanpal, Dean of Students’ Welfare, LPU said, “We are at a point where we should shift to renewable fuel options and solar energy is one of the most sustainable types of energy. We have tried to merge the concept of renewable energy fueled vehicle with the precision of a driverless bus.”