Highlighting its growing strength in the industry, LONGi Solar has released a new series of modules that it expects will set industry benchmarks – the new generation Hi-MO4 and Real Black high-efficiency modules. 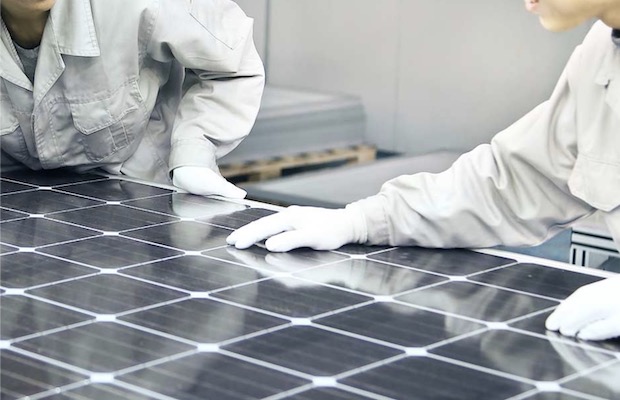 The new Hi-MO4 has all the advantages of the previous series of Hi-MO modules but has been enhanced with a new generation of advanced monocrystalline PERC cell and the encapsulation technology of half-cell and bifacial construction. Compared to the previous generation Hi-MO3 half-cell bifacial module released in 2018, the Hi-MO4 retains Hi-MO3 characteristics of bifacial power generation, achieving 8-20% gain in back power generation in various ground-surface environments with high reliability and low attenuation.

Lower LCOE
When compared to Hi-MO3, BOS cost – when Hi-MO4 is deployed – can be reduced by approximately 7%, and LCOE by 1.4%. Combined with tracking systems, LCOE can be further reduced.

Released together with the Hi-MO4 is an all-new, all-black series module – Real Black, to cater to the rooftop solar systems market. With its all-black appearance and consistent colour, these modules can be perfectly matched with the roof and local ecology, maximising aesthetics and high power.

Li Zhenguo, President of LONGi, said, “Efficiently wins and producing cost-effective and high-quality products are the technological innovation of LONGi. We expect the release of Hi-MO4 will play an important role in reducing the cost of electricity and promoting grid parity. Real Black will bring new aesthetics and high power to rooftop PV users. LONGi will continue to invest in R&D to develop reliable high-efficiency products and helping the PV industry upgrade its technology.

Recently, the company released its 2018 annual report and first quarterly results. As of the first quarter of 2019, the company’s total assets were ¥43.165 billion ($387 million). Independent third-party research data showed the Chinese major accounted for 40% of the industry’s monocrystalline silicon wafer capacity, reinforcing its position as the largest monocrystalline module manufacturer in the world. According to BNEF, the financial health index, as measured by Alman-Z score, of LONGi ranks second in all global photovoltaic enterprises and first in China.