Cochin International Airport has started the rebuilding of the damaged infrastructure and has including 2.5 km long airport walls that collapsed after Periyar River flooded. 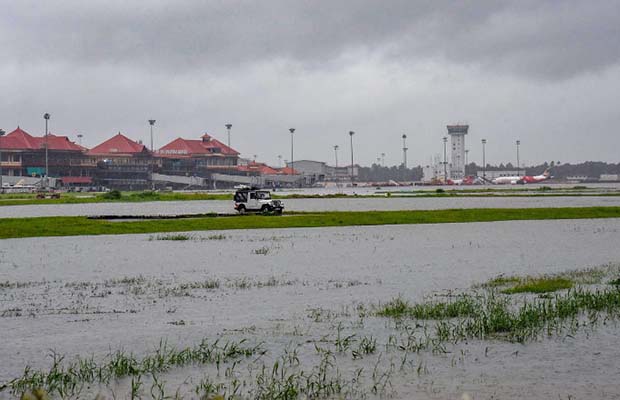 Making it to the news for being flagged as the green airport by the United Nations Environment Programme (UNEP), completely solar powered Kochi Airport is in rounds again.

Also, Cochin International Airport (CIAL) has started the rebuilding of the damaged infrastructure and has including 2.5 km long airport walls that collapsed after Periyar River flooded.

“We have launched efforts on a war-footing to rebuild the damaged infrastructure. Our initial assessment is that we have suffered an estimated loss of Rs 220 crore in the floods,” the official said, adding around 200 workers have been engaged to clean up the terminal building. The airport is expected to be reopened next week.

The airport, which is also first in the country to run completely on solar energy, has got its solar system also damaged in the flood.