KERC Approves a Late Solar Project with a Tariff of Rs 8.40/kWh

The Karnataka Electricity Regulatory Commission (KERC) has approved a tariff of Rs 8.40/kWh for a 3 MW solar power project of Cambria Solar Private Limited. As per the Solar Policy 2014-21, the project was given allotment under SRTPV Scheme by Karnataka Renewable Energy Development Limited (KREDL) on March 17, 2015.

KERC approved the above-mentioned order after Cambria Solar filed a petition demanding the Commission to approve the tariff of Rs 8.40/kWh from the project’s commercial operation date for the entire term of the PPA. It also requested to approve the extension of six months granted by BESCOM to the scheduled commercial operation date (SCOD) as agreed between the parties.

Gangaraju, a land-owning farmer, applied for the allotment of a Solar Project under the said Scheme and the 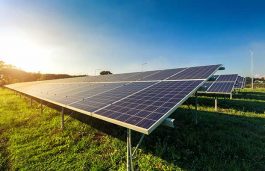 said proposal for 3 MW was accepted and the project was allotted in favor of Gangarju by KREDL’s allotment letter dated March 17, 2015.

The Board of Directors of BESCOM in their meeting held on July 25, 2015, agreed and gave consent for the purchase of Solar Power from the above-mentioned project. Thereafter the project developer requested BESCOM to facilitate the signing of a PPA which was signed on July 7, 2015. Afterward, the Commission has conferred its approval to the PPA on August 28, 2015.

According to the PPA, the Scheduled Date of Completion (SDOC) and the Commercial Operation Date (COD) had to be achieved within 18 months from the date of signing. However, the date of signing was slightly ambiguous as to whether the effective date mentioned in the definition clause of the PPA is the same as the effective date. There is a mention about the Liquidated Damages (LD) for the delay in commencement of supply of power. The power to extend the time for commissioning has been vested on BESCOM.

According to the PPA, the project developer has the irreversible right to form a Special Purpose Vehicle (SPV) at any time after the execution of the PPA, under intimation to BESCOM. Accordingly, the Cambria Solar was incorporated as an SPV after following the due process of law.

Mr. Gangaraju notified BESCOM on November 29, 2016, that it had applied for the bay allocation from the Karnataka Power Transmission Corporation Limited (KPTCL) but had not received the bay allotment due to augmentation of the transformer at 66/11 KV Moregere Substation.

Then the developer asked for an extension of six months from January 6, 2017, which is perceived to be the SCOD. KPTCL granted evacuation approval to the petitioner. Later, BESCOM granted an extension of six months from the SCOD as per the PPA, subject to the bank guarantee extension. The developer said it was entitled to a tariff of ₹8.40/kWh, as per the PPA.

BESCOM said that as the developer was unable to execute the project on time, a letter was addressed to it seeking for extension of time for commissioning the project.

Consequently, the Government of Karnataka issued an order on November 24, 2016, directing all the electricity supply companies (ESCOMs) to constitute a three-member committee to consider and dispose of the farmers’ and developers’ requests. And, Eventually, after detailed discussions, the committee suggested the approval be granted for the extension of SCOD for up to six months.

According to KERC, it was not in dispute that PPA was executed on July 7, 2015, and the date of signing of the agreement by the parties.

The Commission perceived that the developer had applied for power evacuation on September 27, 2016, and KPTCL gave approval for evacuation on December 6, 2016, after a lapse of more than two months.

KERC remarked that the developer was entitled to the tariff of Rs 8.40/kWh from the commercial operation date because it had implemented the project within the extended time. Due to the ‘force Majeure event’, it could not commission the project within 18 months from the date of signing.