The solar power plant was introduced with the assistance of KSEB, ANERT, and Bengaluru – based Orb Energy. 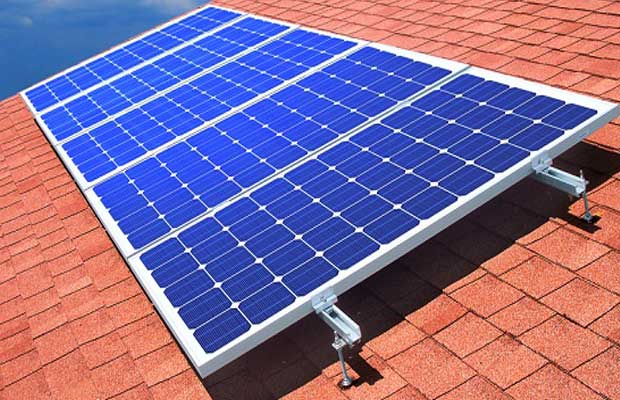 In June 2015, Fr Judis Panackal, vicar of St Francis Assisi Cathedral got a ‘Laudato Si’ encyclical (an ecclesiastical letter) on the earth and environmental change from the Vatican, which worried on the need to grasp sustainable power source, including solar power.

Enlivened by Pope Francis’ call to effectively battle the unsafe impacts of environmental change, the vicar and his parishioners were searching for approaches to monitor vitality. It was around then setting up solar panels came up. This, in the end, prompted the establishment of the 15kW housetop framework tied solar power plant at Mariya Sadan at the church building on Saturday.

Judis Panackal said “It’s our responsibility to protect the environment. As stewards of the earth, we need to love and respect nature. In addition to that, we had to pay around Rs 25, 000 – Rs 30, 000 per month for electricity consumption alone. The electric consumption in our church was witnessing a steep rise. The papal letter was an eye-opener to us which made us to come up with a cost-effective solution to solve the energy crisis and cut – down the expenses incurred in this regard.”

The solar power plant was introduced with the assistance of KSEB, ANERT, and Bengaluru – based Orb Energy. “The 15kW rooftop installation spanning across 1,500 sq ft consisting of 48 panels. As many as 65 units of electricity can be generated from this solar power plant on a daily basis. It will also reduce the carbon emission to an extent,” said Ciju K Raj, general manager for Kerala Projects – Orbit.

Regarding the project cost, Fr Judis said that they had to spend around Rs 8 lakh for the setting up of the solar power plant. “At first the project cost was around Rs 11 lakh. However, with subsidy offered by ANERT it came down to Rs 8 lakh,” said Fr Judis.

Diocese supervisor of Verapoly, Joseph Kalathiparambil, amid the inaugural service of the sunlight based housetop matrix tied framework on Saturday said that the solar energy is the need of great importance and communicated his expectation that in the coming day’s holy places and church-run organizations and the unwavering will do their bit to take a green way to spare mother earth.