The first step towards the target is to generate 500 MW through roof-top solar panel units. To accomplish the first project KSEB is entering into partnership with Agency for Non-conventional Energy and Rural Technology (ANERT). 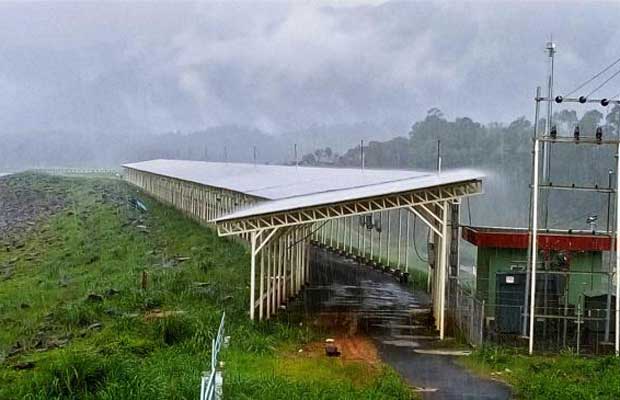 To shift from the conventional source of energy to more clean energy, Kerala State Electricity Board (KSEB) has set itself a target of 1,000 MW in installed capacity by 2021.

The first step towards the target is to generate 500 MW through roof-top solar panel units. To accomplish this KSEB is entering into a partnership with Agency for Non-conventional Energy and Rural Technology (ANERT).

The solar rooftops units will be installed on government buildings, like schools and hospitals and private buildings which would include residential structures as well.

Electricity Minister M M Mani said, ‘’the target is 1,000 MW in the next three years. Harnessing of solar power is the practical solution as the government sees it,’’

Mani was speaking at the inauguration ceremony of a two day workshop organized by KSEB and ANERT. The theme of the workshop was to discuss models of business for solar rooftop programs in the state.

‘’KSEB’s consumer base has risen to 1.24 crore but internal generation is stagnant at 30 per cent. Internal hydropower generation potential is entangled in controversies and the maximum potential from small hydro projects is only 300-400 MW,’’ Mani said.

“The government will explore the possibility of using public and private buildings in all districts for erecting solar panels as part of the programme”, he added.

KSEB CMD N S Pillai said ‘’Compared to other states, solar penetration is meagre in Kerala. The total installed capacity is just over 100 MW and KSEB needs to have 1,000 MW to achieve its renewable energy obligations.”