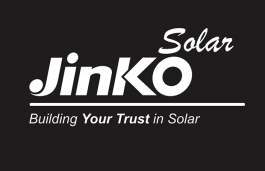 JinkoSolar, a leading solar PV company, has announced its unaudited financial results for the third quarter that ended September 30, 2018.

With its sales guidance unchanged, Jinko Solar is expected to deliver 11-12 GW shipment this year, which enables it to boost its market share up to approximately 15% and much higher in emerging markets.

JinkoSolar solidified its competitive positioning by focusing on value-added products, including Cheetah and Bifacial based on the mono PERC technology.

It has ramped up the capacity its flagship Cheetah series, seeking to revitalize the market, since customers have been eager to upgrade, impressed by its power and new features.

Over the mid- and long-term, JinkoSolar expects new opportunities in its business from the ongoing transformation in the industry, led by the fact that grid parity will soon be achieved in more and more countries.