JinkoSolar, one of the leading solar module manufacturers based out of China, has announced today that it is expanding its high-efficiency mono wafer production capacity in China. 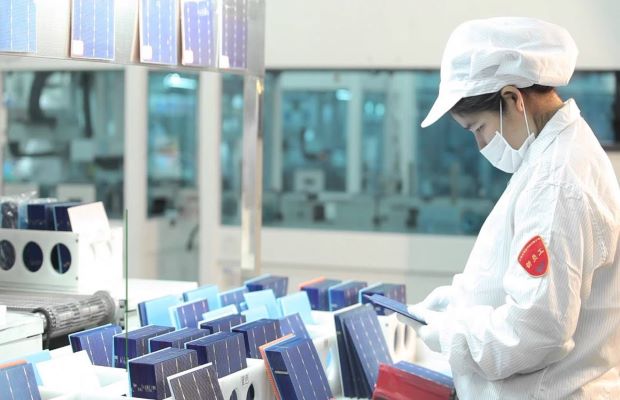 JinkoSolar distributes its solar products and sells its solutions and services to a diversified international utility, commercial and residential customer base in China, the United States, Japan, Germany, the United Kingdom, South Africa, India, and many others.

Today, the Chinese module manufacturer announced the expansion of its wafer production capacity with the construction of a new greenfield 5 GW mono wafer production facility in Leshan, Sichuan Province, China.

Kangping Chen, Chief Executive Officer of JinkoSolar, commented, “Global demand for high-efficiency mono products is increasing significantly with technology facilitating the shift from multi-based products to mono ones. We believe the new mono wafer production facility will enable us to greatly benefit from this growing demand. Our new production facility will serve as a leading benchmark for the industry to emulate with its industry-leading cost structure and cutting-edge technologies. We expect the added mono wafer capacity from this new facility to significantly increase the proportion of self-produced high efficient products and improve overall profitability.”

The Company has signed an investment agreement and completed feasibility reports and project design planning for the Sichuan production facility. The new facility is currently under construction and is expected to begin production in the third quarter of 2019 and reach full capacity in the fourth quarter of 2019.

Recently, JinkoSolar announced that it has supplied 100MW of high efficient solar modules for the Srepok 1 and Quang Minh Solar Power Plant Complex, one of Vietnam’s largest solar power projects.