Jaisalmer Military Station to be Smarter with Solar, LED Lighting 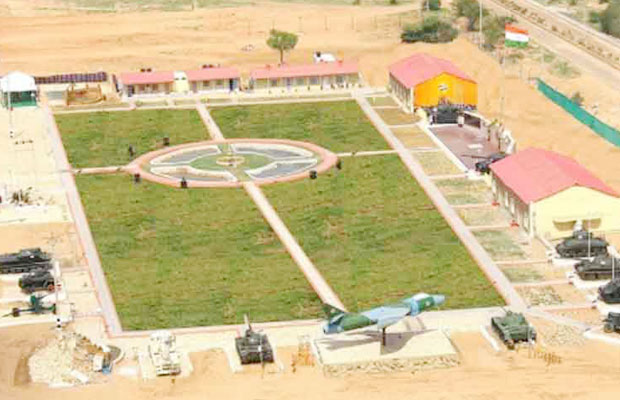 On the lines of Centre’s Smart Cities plan for the country, Indian Army has drawn a detailed plan to develop the Jaisalmer Military Station as a smart facility.

The plan has been formulated in consonance with the eight key areas identified by the Central government for the development of smart cities, defense spokesperson Lt Col Manish Ojha said.

“The development will provide a major boost to the local economy and aid in ecological conservation,” he said. The official said a systematic development of the station is being undertaken by incorporating the concept of smart buildings and green building norms.

“The health of troops and their families is being given very-high priority and a state-of-the-art military hospital is being developed,” the official said. “The Central Sports Complex would have synthetic volleyball, tennis and basketball courts, an athletic track, squash and indoor badminton courts and a gymnasium,” he said in a statement.

It would also have an astroturf hockey ground. There will also be an auditorium, a shopping complex and a Sainik Institute located in the center of the station for easy accessibility.

Special attention has been given to preserve and develop ecological balance, the official said. He said a special ecology force has been mandated with planting one lakh trees every year. The station has also developed an herbal garden, the first in Jaisalmer, the official said.